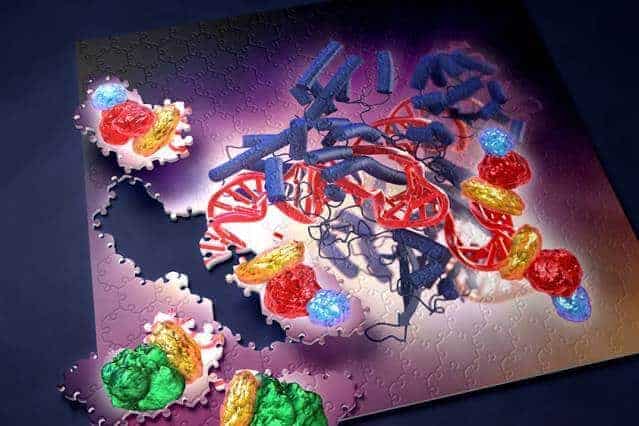 Six young women with a disorder that mimics menopause have gene alterations that hamper the repair of damaged DNA, report researchers supported by the National Institutes of Health. The mutations, occurring in women with primary ovarian insufficiency (POI), are in genes that repair damaged DNA in cells of the ovary that eventually become egg cells. The findings may contribute to an understanding of POI, and to the genetic basis of the precise timing of menopause that occurs at the usual stage in a woman’s life.

With POI, a woman’s ovaries stop working normally before she is 40 years old — sometimes as early as her teens. The disorder is thought to affect about 1 percent of women of reproductive age in the United States. Along with reduced fertility women with POI are also at high risk for osteoporosis and heart disease.

The genetic alterations that the researchers discovered in this group of patients belong to a family of genes known to help repair damaged DNA in egg cells — the minichromosome maintenance (MCM) family.

“These studies are the first to link POI to an inability to repair breaks in the DNA,” said Susan Taymans, Ph.D., of the Fertility and Infertility Branch at the Eunice Kennedy Shriver National Institute of Child Health and Human Development (NICHD), which funded the study.

The studies appear in the Journal of Clinical Investigation and in the American Journal of Human Genetics.

“Most women with POI don’t know why they have lost their eggs and can’t reproduce — and this is tragic,” said the senior author of the studies, Aleksandar Rajkovic, M.D., Ph.D., of the Magee-Womens Research Institute of the University of Pittsburgh. “Our findings indicate that genetics may play a strong role in POI, and raise the prospect of one day developing therapies to delay menopause to an appropriate time in life.”

To find these mutations, an international team of scientists performed a series of genetic analyses on blood and skin samples from the members of three nuclear families. At least one woman in all three families had POI. The team found that the women with POI in two of the families had a mutation in the MCM family of genes known as MCM9. The women with POI in the third family had a mutation in another gene in the family, MCM8. None of the men in the families had the mutations, nor did the women who did not have POI.

Dr. Rajkovic explained that MCM8 is involved in early development of the ovaries and influences the age at which a woman reaches menopause.