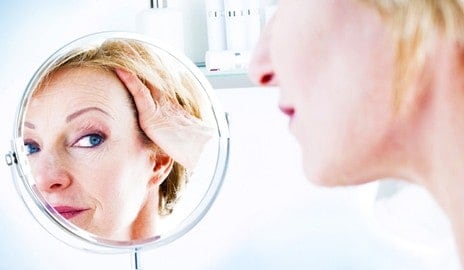 The process of ageing is inextricably linked to the process of reproduction. In simple terms, as the general tendency of evolution is towards survival, reproduction is a stratagem rooted in natural laws which neutralises the effects of death through ageing, and thus ensures overall survival.  In practice, reproduction also ensures the survival of the species following deaths by reasons other than ageing, such as accidents, predation and disease. But here I am concentrating specifically on the case of ageing and survival of the modern human.

Our intelligence is protecting us from untimely deaths due to other causes, but deaths due to ageing have, until now, been the principal problem. As long as we continue to reproduce, then, in the grand scheme of things, it doesn’t matter if we as individuals die through ageing, because our progeny will take over. This has been the case for millions of years, but the situation is now changing. Our intelligence has reached such a high point where we are now creating and developing sophisticated technology, for the first time in human history.

If we are now in a position to start using our technology in order to protect us against early death, then, a simple logical consequence is that we live longer. We ‘survive’ in evolutionary terms. If we survive, then the question is, why do we also need reproduction?

So, as we live longer is there any evidence that reproduction is declining? An argument can be made that there is:

Let me examine each one of these in some detail.

* Sperm count: the evidence points to a general decline in the numbers and quality of human sperm over the past 50 years.  In young men, sperm concentration falls by about 2% a year. Sperm quality has declined by 38% in a decade. Concentration dropped from 72 million spermatozoids per millilitre in 2001 to 52 million/ml in 2011.

* Testicular cancer: Human testicles are becoming less important, so nature somehow ‘allows’ cancer mechanism to operate increasingly unhindered. Testicular cancer is the commonest malignancy in young men, and the incidence is increasing by 2-4% per year in several developed countries.

*Prostate cancer: There has been a substantial increase in cases of prostate cancer in developed countries.  Some of this increase is due to improved screening and detection methods, but it appears that there is also a genuine increase.

* Cryptorchidism (testicles not developing properly in babies): Several studies suggest a general increases in cryptorchidism. Some countries have seen increases in such cases from around 2% to now over 8% of the population.

* Hypospadias (a malformation of the urethra): Together with cryptorchidism, there has been a substantial increase in prevalence of hypospadias.  Both contribute to male infertility.

* Ovarian cancer:  There is an overall increase in the rates of ovarian cancer over the past several decades, although there are confounding factors such as the increased use of contraceptive pill and changes in classification criteria.

*Breast cancer: There is a general increase in new cases, although modern treatment methods are addressing the mortality aspect.

Some authors have claimed that as intelligence, cognition, technology, and society improve, childlessness increases.

* The proportion of childless couples in some developed countries such as Germany and Japan is increasing progressively and is now around 30%.

* Fertility has declined by 9% in just 4 years in the USA and it is falling more globally as nations become more developed.

* Fertility is falling in Russia, and in some African countries as society becomes more ‘Westernised’.

* It has also been proposed that as mass education improves, fertility declines. This is based on data from the nineteenth-century demographic transition in the West and in contemporary developing countries.

The above points, if taken in isolation, are rather tenuous and may not be seen as having any significant weight. However, if taken together, the evidence becomes more relevant and merits appropriate debate.

The need to procreate reflects our need to survive but this also depends on our environment.  A mathematical model of population growth is based on a well-studied ‘r-K’ selection scenario, which distinguishes between two different environments. In a situation where there is prolonged and sustained environmental uncertainty, high levels of risk and increased danger (although resources are plentiful), the population of any given species grows according to the ‘r’ model with increased reproduction and shorter lifespans. This makes sense, in order to quickly replace members of the population when there is a high risk of dying. When the environment is stable, safe and well-controlled, then population grows according to the ‘K’ model with reduced fertility and prolonged, healthier lifespans. This also makes sense because with limited resources it is best for nature to invest in maintaining the existing population (which has a reduced risk of dying in any case) rather than spend resources in order to create new members through reproduction (members who won’t be needed anyway, as the population can be maintained by the survival of the existing members).

Therefore, considering that our current environment (in developed countries) tends to be socially and politically safe, well-controlled with medical and health technologies, and more stable, it is safe to assume that the human population will grow according to the K model with increasing lifespans, improved long-term development and reduced fertility.

What we are seeing here is that there is a gradual downgrading of the importance of human reproduction in developed countries (where longevity is increasing). The reasons are both cultural and evolutionary. This may mean that, through hitherto obscure mechanisms, nature has begun to downgrade the importance of reproduction, in preparation for drastically extending the human lifespan.

This is not to say that all humans will stop reproducing and we all will live longer. It is far more likely that this scenario is happening only with regards to a section of humanity, namely the more advanced, educated and technological countries. Some sections of the population in these developed countries have stopped reproducing and are being prepared by nature to live radically longer.