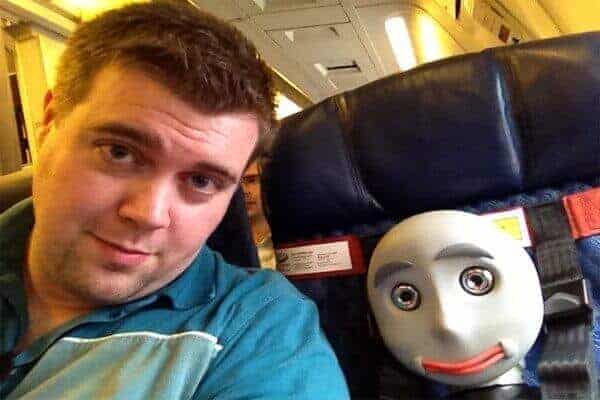 Can robots fly? The unequivocal answer is yes. Well, sort of.

On Dec. 15, a humanoid robot named Athena flew economy class with other passengers from Los Angeles to Frankfurt, Germany, via Lufthansa. During the flight, Athena was seated as a ticketed passenger, becoming the first robot to fly like just like a human. Unlike most international travelers, however, Athena was swarmed by reporters at both LAX and Frankfurt Airport.

Athena is a new bipedal humanoid robot designed for use in rough terrain, with a focus on emergency and disaster response situations.

The robot initially was developed with funding from the Defense Advanced Research Projects Agency Robotics Challenge in a joint project between Sarcos Inc., a company specializing in innovative robotic designs, and labs operating under the supervision of Laurent Itti and Stefan Schaal, computer science professors at the USC Viterbi School of Engineering.

Funding for the project was later provided by the Max Planck Institute for Intelligent Systems in Germany, a collaborating institute, which became Athena’s final home.

Robots like Athena are partially inspired by catastrophes such as the Fukushima earthquake and the subsequent meltdown of a nuclear reactor.

Despite decades of robotics research, no suitable robotic systems were available or ready to help in that scenario. Many countries have since initiated research efforts to create suitable robots for such situations.

A hydraulic robot, Athena is just over 6 feet tall and about 110 pounds. It is built to right itself if it falls over and can maneuver through complex terrain and perform manipulation tasks. A laser scanner in the robot’s head provides long-range vision, while an additional stereo camera yields 3-D perception of nearby objects and terrain.

Athena underwent initial testing at USC Viterbi and, once completed, the least expensive form of its transportation to Germany turned out to be as an economy class passenger on a commercial airliner.

A ticket to ride

A ticket for Athena was purchased through Lufthansa, which coordinated the travel plans with USC, and Ph.D. student Alexander Herzog and research scientist Jeannette Bohg accompanied the robot on the flight. Athena’s two companions, who are former researchers at USC Viterbi, transported the robot through the airport and onto the plane via wheelchair.

Athena’s arms are a plastic prototype, which soon will be replaced by robotic arms. At this juncture, the robot’s power supplies are off-board; a power-autonomous version of Athena is planned for the future. Schaal and Itti will continue to collaborate with the German research lab to make Athena a robot that can autonomously solve complex tasks in an outdoor environment. “The research challenges to accomplish this goal remain very significant,” Schaal said. “We will first focus on robust walking in rough terrain and visual perception of the terrain for motion planning so the robot can autonomously walk around. “Manipulation tasks,” he added, “will be the second phase of the project.”