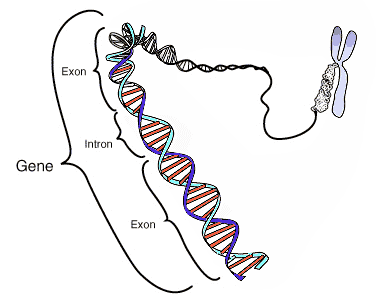 Smoke from diesel exhaust, when inhaled, doesn’t just penetrate the senses – it can change DNA. So say researchers at the University of British Columbia (UBC) and Vancouver Coastal Health.

“The researchers examined how such exposure affected the chemical ‘coating’ that attaches to many parts of a person’s DNA,” UBC insisted. “That carbon-hydrogen coating, called methylation, can silence or dampen a gene, preventing it from producing a protein – sometimes to a person’s benefit, sometimes not. Methylation is one of several mechanisms for controlling gene expression, which is the focus of a rapidly growing field of study called epigenetics.”

UBC noted: “Just two hours of exposure to diesel exhaust fumes can lead to fundamental health-related changes in biology by switching some genes on, while switching others off, according to researchers at the University of British Columbia and Vancouver Coastal Health.”

Volunteers, according to UBC, spent time in standard bathroom-sized booths that are “polycarbonate-enclosed,” and exposed to aged and diluted exhaust fumes at amounts or levels approximately equal to what would typically be present on a highway in Beijing, China, “or under certain conditions at busy ports, rail yards, mines and industrial sites,” approximating air quality conditions found in the real world, in other words.

“The study, published this month in Particle and Fibre Toxicology, found that diesel exhaust caused changes in methylation at about 2,800 different points on people’s DNA, affecting about 400 genes. In some places it led to more methylation; in more cases, it decreased methylation,” UBC stated.

What the study shows is how human “genetic machinery” can be vulnerable to polluted air, and even if no obvious symptoms are evident, changes, nevertheless, are occurring, according to UBC.

“‘Usually when we look at the effects of air pollution, we measure things that are clinically obvious – air flow, blood pressure, heart rhythm,’ said senior author Dr. Chris Carlsten, an associate professor in the Division of Respiratory Medicine. ‘But asthma, higher blood pressure or arrhythmia might just be the gradual accumulation of epigenetic changes. So we’ve revealed a window into how these long-term problems arise,’” so-called ‘deep-under-the-hood changes.’

Exhaust exposure levels even at only two hours duration impacted DNA methylation, Dr. Carlsten stated, and that, as such, this “has positive implications,” UBC further pointed out.

“‘Any time you can show something happens that quickly, it means you can probably reverse it – either through a therapy, a change in environment, or even diet,’ he said.”

The next step for researchers is to try to understand how these gene-expression changes affect health.