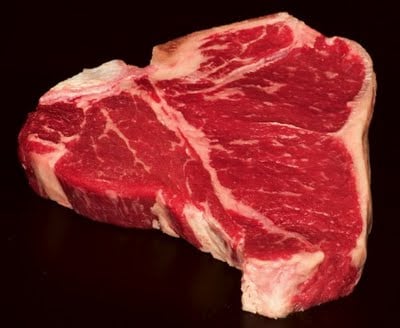 It’s been known for decades that some metals, including iron, accumulate in human tissues during aging and that toxic levels of iron have been linked to neurologic diseases, such as Parkinson’s. Common belief has held that iron accumulation happens as a result of the aging process. But research in the nematode C. elegans in the Lithgow lab at the Buck Institute shows that iron accumulation itself may also be a significant contributor to the aging process, causing dysfunction and malfolding of proteins already implicated in the aging process. The research is online in Aging

Similar to what happens in humans and other mammals, researchers found that levels of calcium, copper, iron and manganese increased as the worms aged. But iron accumulated much more than the others, said Buck faculty Gordon Lithgow, PhD, senior scientist on the project. “We were drawn to iron because there is all this literature that links excess iron to Alzheimer’s and Parkinson’s.”

Researchers began manipulating the nematode’s diet. “We fed iron to four day-old worms, and within a couple of days they looked like 15 day-old worms,” said Lithgow. “Excess iron accelerated the aging process.” Lithgow says excess iron is known to generate oxidative stress and researchers expected to see changes in the worm based on that toxicity. “Instead, what we saw looked much more like normal aging,” said Lithgow. “The iron was causing dysfunction and aggregation in proteins that have already been associated with the aging process. Now we’re wondering if excess iron also drives aging. ”

Researchers, led by graduate student Ida Klang, also treated normal nematodes with the FDA-approved metal chelator CaEDTA – a drug that’s used in humans at risk for lead poisoning. The drug slowed age-related accumulation of iron and extended the healthspan and lifespan of the nematodes. Klang also gave the drug to worms genetically bred to develop specific protein aggregations implicated in human disease. The chelator was also protective in those animals.

Lithgow says the work has implications for the aging research field. “Maintaining the proper balance of metals is key to good health throughout the lifespan, and it’s pretty obvious that this delicate balance can go off-kilter with age,” he said. “This is a phenomena that has not been extensively studied by aging researchers and it’s an area that has potential for positive exploitation.” As far as the general public is concerned, Lithgow was quick to warn people away from taking CaEDTA and other available metal chelators as anti-aging medication. “CaEDTA has a very blunt mechanism of action and is associated with dangerous side effects in humans and the track record for other chelators is not well established,” said Lithgow, who urged people to talk to their physicians about the use of iron supplementation, especially for postmenopausal women.

Lithgow said his lab wants to find new chelators that act more like drugs and then move those drugs into testing in mice.