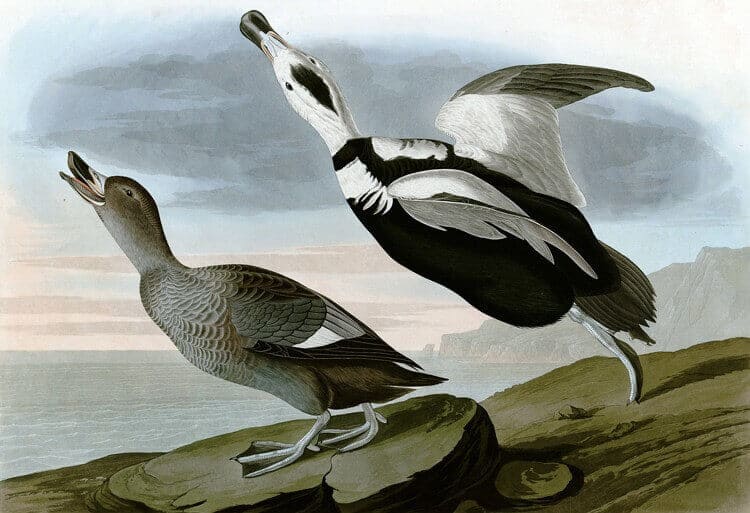 In the past 500 years, human activity has led to 500 species of land animals going extinct, a rate that has caused scientists to warn of a sixth mass extinction.

Although the situation in the oceans might seem less dire, with only 15 extinctions of marine animals in this period, a group of scientists now warn that rapid industrialization of the seas could spell a similar fate for marine life.

In a new paper published in the journal Science, a scientist from Stanford and colleagues from several universities write that the same patterns of human activity that led to the collapse of hundreds of species on land are now occurring in the sea, just a century or so later.

Many scientists have identified the birth of the Industrial Revolution as one of the tipping points for increased extinctions on land. Desirable species were hunted to extinction. Demand for lumber and expanding farmlands and factories meant leveling forest habitats. Pollution and other factors killed other animals.

Two hundred years later, the industrialization of fishing has ocean life facing similar pressures. Instead of sailing ships, satellite-guided supertrawlers now tow lines that stretch hundreds of miles. Overexploitation of fisheries has culled the population of large fish, such as tuna, by 90 percent. Shrimp farms are taking over mangroves, and 300-ton mining machines are pursuing seafloor mining claims with gold-rush–like fervor.

“There’s a conundrum: How can the ocean be overexploited and yet the species are still there?” said study co-author Steve Palumbi, the Harold A. Miller Professor and Director of Stanford’s Hopkins Marine Station. “The answer is that, especially in the ocean, there’s not just absolute extinction, but several types of partial extinctions, and that’s what we’re seeing now.”

There are multiple instances of local extinction, in which a species disappears in one place but exists elsewhere. And there’s commercial extinction, when a species is still present, but no longer abundant enough to be profitably fished. Grey whales fell into this category in 1899 when there were only a thousand or so left – too few to keep the whaling ships coming back to Baja.

A third type of extinction, ecological extinction, might be the most damaging. In this case, the species is still present, but has been overexploited to the point that it cannot play its traditional ecological role. Sea otters fell into this category when they were hunted so severely that they could no longer keep West Coast kelp forests healthy and growing.

And all these problems are on course to grow as industrial use of the oceans grows. Open ocean aquaculture, wave power, wind power, robot fishing – all these industrial uses of the sea are ramping up around the world. These ventures place the oceans, in the next 100 years, in the same place as the land in the past 100 years – centers of habitat destruction, range loss and species loss.

A chance to recover

The good news: It’s not too late to prevent extinctions. Marine life has proven time and again to be very resilient and recoverable.

“Because there have been so many fewer extinctions in the oceans, we still have the raw ingredients needed for recovery,” said lead author Douglas McCauley, an assistant professor in the University of California, Santa Barbara, Department of Ecology, Evolution and Marine Biology. “There is a level of hope for marine species that simply does not exist for the hundreds of terrestrial wildlife species that have already crossed the extinction threshold.”

For instance, Monterey Bay in California was devastated by pollution and overfishing 80 years ago, but has rebounded under an economic model that values environmental quality as well as continued ocean use. Fur traders hunted the sea otter to near extinction in the early 1900s, but a hunting ban allowed one small colony to repopulate the entire West Coast of the United States. Fish farms can lower the demand for a threatened species and allow natural populations a chance to recover.

These types of considerations need to be taken in other areas of the oceans, the authors said, in order to keep beneficial ecosystems vibrant. One solution the paper highlighted involves setting aside more and larger areas of the ocean that are safe from industrial development and fishing.

“We need to start thinking about protecting areas of the ocean like we’ve learned to protect land, because we know that it works. We also need to design how we use the ocean to maximize sustainability,” said Palumbi, who is also the Jane and Marshall Steel Jr. Professor in Marine Sciences at Stanford and a senior fellow at the Stanford Woods Institute for the Environment. “We could argue that the normal ocean ecosystem is more productive and useful than anything we could design ourselves. We have to make sure we use it in a way so that we can use it forever.