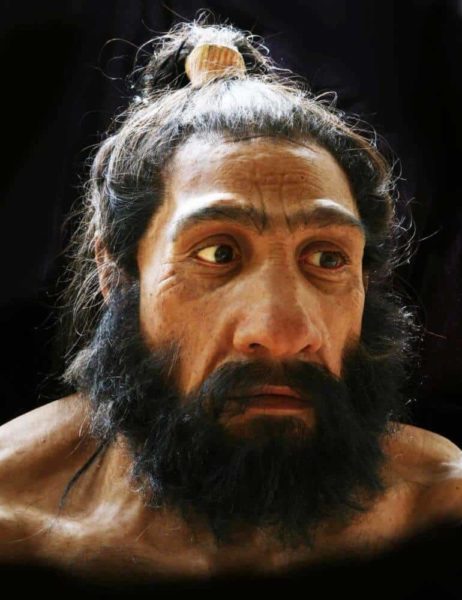 Psoriasis, a chronic skin condition, can cause rashes that itch and sting.

So why would a genetic susceptibility to this and other ailments persist for hundreds of thousands of years, afflicting our ancient ancestors, and us?

That’s the question scientists are asking after discovering that genetic variations associated with some modern maladies are extremely old, predating the evolution of Neanderthals, Denisovans (another ancient hominin) and contemporary humans.

The study was published this month in Molecular Biology and Evolution.

“Our research shows that some genetic features associated with psoriasis, Crohn’s disease and other aspects of human health are ancient,” says senior scientist Omer Gokcumen, PhD, a University at Buffalo assistant professor of biological sciences.

Some of humanity’s early ancestors had the telltale features, called deletions, while others did not, mirroring the variation in modern humans, the scientists found. This genetic diversity may have arisen as far back as a million or more years ago in a common ancestor of humans, Denisovans and Neanderthals.

The discovery highlights the importance of balancing selection, a poorly understood evolutionary dance in which dueling forces drive species to retain a diverse set of genetic features.

The research raises the possibility that the diseases in question — or at least a genetic susceptibility to them — “may have been with us for a long time,” Gokcumen says.

Why this would happen is an open question, but one possibility is that certain traits that made humans susceptible to Crohn’s and psoriasis may also have afforded an evolutionary benefit to our ancient ancestors.

Though we often think of evolution as black and white — a trait is either good or bad — there are instances where the line is not so clear, Gokcumen says.

“The best example of this is sickle cell anemia,” he explains. The disorder causes red blood cells to take on a curved, crescent-like shape, which leads to anemia (a problem), but also protects against malaria by keeping parasites out of cells (an advantage). These opposing pressures create a balance where the copy of the gene that causes the sickle cell anemia remains in the population in malaria-ridden geographies.

The new study hints that the ancient deletions that are associated with Crohn’s disease and psoriasis may play similar — but likely more complex — roles in health.

“Crohn’s disease and psoriasis are damaging, but our findings suggest that there may be something else — some unknown factor now or in the past — that counteracts the danger when you carry genetic features that may increase susceptibility for these conditions,” Gokcumen says. “Both diseases are autoimmune disorders, and one can imagine that in a pathogen-rich environment, a highly active immune system may actually be a good thing even if it increases the chances of an auto-immune response.”

Ancient genetic variations maintained due to opposing evolutionary pressures may be “underappreciated,” says Yen-Lung Lin, a PhD candidate in UB’s Department of Biological Sciences who is lead author in the study. “We’re thinking forces that maintain variation might be more relevant to human health and biology than previously believed.”

Gokcumen’s team compared modern human genomes to those of other closely related species, including chimpanzees and two archaic hominins: Neanderthals and Denisovans, both of which evolved hundreds of thousands of years ago and whose genomes were sequenced by other scientists using ancient remains.

Gokcumen’s team identified chunks of DNA that exist in chimpanzees but that were later erased through evolutionary processes. These DNA segments are called deletions, and today, they are present in some human genomes and missing from others.

The study found that certain functionally important deletions that vary among modern humans likely originated in a common ancestor of humans, Neanderthals and Denisovans, possibly dating as far back as a million or more years ago. These unusually old deletions included ones that are common in Crohn’s disease and psoriasis patients, as well as deletions linked to a person’s ability to respond to a number of drugs, including growth hormone treatments.

In the past, scientists have conducted similar studies examining genetic variations that consist of a single unit of DNA called a nucleotide. The new research investigated longer sequences of DNA, taking advantage of recently available genomic data for modern and ancient hominins. The study demonstrates the power of leveraging such data to investigate different types of genetic differences among humans and to illuminate our species’ genetic history.

Gokcumen and Lin’s co-authors included Jerry Ajay in UB’s Department of Computer Science and Engineering, Pavlos Pavlidis of the Institute of Molecular Biology and Biotechnology, part of the Foundation for Research and Technology-Hellas in Greece, and Emre Karakoc from Max Planck Institute for Evolutionary Biology.