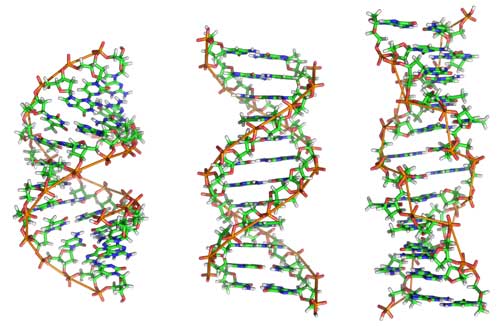 Scientists have identified a biological clock that provides vital clues about how long a person is likely to live.

Researchers studied chemical changes to DNA that take place over a lifetime, and can help them predict an individual’s age. By comparing individuals’ actual ages with their predicted biological clock age, scientists saw a pattern emerging.

Four independent studies tracked the lives of almost 5,000 older people for up to 14 years. Each person’s biological age was measured from a blood sample at the outset, and participants were followed up throughout the study.

Researchers found that the link between having a faster-running biological clock and early death held true even after accounting for other factors such as smoking, diabetes and cardiovascular disease.

Scientists from the University of Edinburgh, in collaboration with researchers in Australia and the US, measured each person’s biological age by studying a chemical modification to DNA, known as methylation.

The modification does not alter the DNA sequence, but plays an important role in biological processes and can influence how genes are turned off and on. Methylation changes can affect many genes and occur throughout a person’s life.

Dr Riccardo Marioni, of the University of Edinburgh’s Centre for Cognitive Ageing and Cognitive Epidemiology, said: “The same results in four studies indicated a link between the biological clock and deaths from all causes. At present, it is not clear what lifestyle or genetic factors influence a person’s biological age. We have several follow-up projects planned to investigate this in detail.”

The study’s principal investigator, Professor Ian Deary, also from the University of Edinburgh’s Centre for Cognitive Ageing and Cognitive Epidemiology, said: “This new research increases our understanding of longevity and healthy ageing. It is exciting as it has identified a novel indicator of ageing, which improves the prediction of lifespan over and above the contribution of factors such as smoking, diabetes, and cardiovascular disease.”