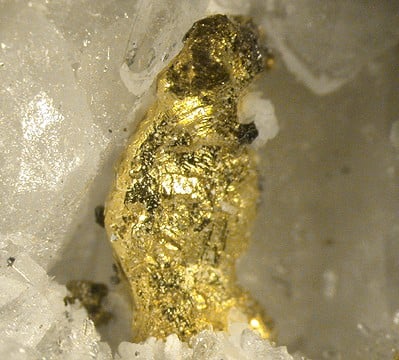 Paid For And Posted By Dynamic Metals.

Metals are some of the oldest and most commonly used natural resources on the planet. Some metals such as nickel, cadmium and zinc, as well as the odd gold nugget, can be found in a natural state or alloyed with another metal, but most are found as ores.

Ores are complex and quite stable chemical compounds from which metal can be extracted. Aluminium is one of the most common metals on Earth, occurring in soils, clays and minerals. Ores containing rare earth metals such as yttrium occur on land and have been discovered in sediments on the Pacific Ocean floor. These metals are vital for the microelectronics industry.

For a metal producer, such as Dynamic Metals, the first problem when extracting certain materials is purifying the ore. Although this process is not always necessary, for instance when extracting iron ore no purification is required, it is essential when extracting most metals, including aluminium. To achieve purification, the metal ore must be successfully separated from any rocks in which it is contained.

Ore can be separated from other rock material by floatation. This is a process where the ore is first crushed and mixed with another substance such as an oil. This process is most commonly used to concentrate copper ores. The oil binds around copper minerals, making them repellent to water – a state known as ‘hydrophobicity’. The treated ore is later placed in a water bath containing a detergent. When air is blown through the bath, the mixture produces a large quantity of bubbles that pick up the hydrophobic copper minerals, raising them to the top of the water bath, where they can be collected.

After purification and separation, the next step in metal extraction is to reduce the metal compound into a metal. The reducing agent used may be heat, chemical or electrical. The method of reduction employed in the process is largely dependent on the type of metal being used; however, other factors, such as economy, may also come into play. For instance, a metal producer must consider the cost of the agent, the energy costs of the process and the degree of purity required for the resultant metal.

The cheapest reducing agent is carbon, usually found in the form of coke. Iron oxides, common forms of iron ore, are heated with coke in a blast furnace. The carbon reacts with oxygen to produce carbon dioxide and then carbon monoxide. This in turn reacts with the iron oxides to produce pure iron and carbon dioxide.

The most common copper ore is chalcopyrite. By heating the ore with silica – also known as common sand – to produce copper metal, sulphur dioxide is tapped off to make sulphuric acid and ferrous silicate slag.

Titanium is produced through the complex Kroll process – first by heating titanium dioxide, the ore rutile, with carbon and chlorine to produce titanium chloride and carbon monoxide. The chloride is then distilled in an argon or nitrogen atmosphere and added to a reactor containing sodium heated to 550 degrees Celsius. Sodium reacts with the chloride ions to produce sodium chloride (common salt), leaving pure titanium metal. This is a high-cost process but it remains the only method of producing pure titanium.