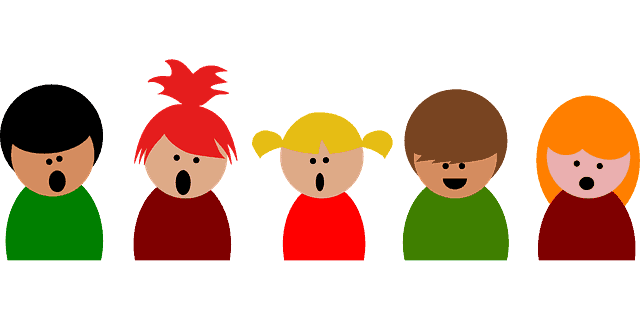 If you’ve ever been told that you’re “tone deaf” or “can’t carry a tune,” don’t give up.

New research out of Northwestern University suggests that singing accurately is not so much a talent as a learned skill that can decline over time if not used.

The ability to sing on key may have more in common with the kind of practice that goes into playing an instrument than people realize, said lead researcher Steven Demorest, a professor of music education at Northwestern’s Bienen School of Music.

“No one expects a beginner on violin to sound good right away, it takes practice, but everyone is supposed to be able to sing,” Demorest said. “When people are unsuccessful they take it very personally, but we think if you sing more, you’ll get better.”

Published in a special February issue of the journal Music Perception, the study compared the singing accuracy of three groups: kindergarteners, sixth graders and college-aged adults. One test asked the volunteers to listen to four repetitions of a single pitch and then sing back the sequence. Another asked them to sing back at intervals.

The study showed considerable improvement in accuracy from kindergarten to late elementary school, when most children are receiving regular music instruction. But in the adult group, the gains were reversed — to the point that college students performed at the level of the kindergarteners on two of the three tasks, suggesting the “use it or lose it” effect.

Singing on key is likely easier for some people than others. “But it’s also a skill that can be taught and developed, and much of it has to do with using the voice regularly,” Demorest said. “Our study suggests that adults who may have performed better as children lost the ability when they stopped singing.”

By eighth grade, only 34 percent of children in the United States participate in elective music instruction, Demorest said. That number declines as they move toward high school graduation.

Children who have been told they can’t sing well are even less likely to engage with music in the future and often vividly remember the negative experience well into adulthood. Being called “tone deaf” can have devastating effects on a child’s self-image, the researchers wrote in the study.

In general, older children sing more accurately than younger ones. But there’s little or no data on children between 12 and 18 years old, an especially formative period, when voices change and there’s high interest in concerts and other forms of musical expression. Also, researchers cannot rely on a universal definition of what constitutes accurate singing; no reliable measure exists.

To overcome this problem, Demorest and study co-author, Peter Pfordresher, director of the Auditory Perception and Action Lab at the University at Buffalo in New York, have spearheaded an effort to create an online measure of singing accuracy. Music teachers will be able to use the tool to help struggling children, and adults can test their singing ability.

Called the Seattle Singing Accuracy Profile (SSAP), the tool would standardize the way singing is measured so that researchers can compare their results across multiple studies and build a clearer picture of the causes of inaccurate singing, Demorest said.

“We first need to understand what is ‘normal’ in terms of age-related singing development,” Demorest said. “What can we expect from a 5-year-old? A 10-year-old? Once we know that, we can identify areas where children are struggling and provide them with resources.”

Better data could also be used to determine whether an inability to imitate certain pitches is linked to communication deficits or language impairments. Only a tiny subset of the population is truly tone deaf (a condition known as amusia), which means they can’t hear most changes in pitch. For these people, singing becomes difficult.

Ironically, Demorest worries that singing can serve as a barrier to other musical activities.

“So much of elementary school music revolves around singing, but that’s only one way to measure musicality,” he said. “Everyone should be able to have music as a part of their life. It’s OK to select out of it, but it should be by choice, rather than because you think you don’t have ‘talent.’ And if at any point in life you decide to become more engaged, you can be.”

Teens and adults need to have low-stakes opportunities in music that don’t require the commitment of time that playing in a band or an orchestra does, something similar to the Can’t Sing Choirs that have sprung up in the U.K., Demorest said.

“People need a place to sing and have fun without worrying about how good they are,” he said. “You see it in college all the time; a class about the history of rock or jazz is packed. It’s not that people aren’t interested in music; it’s what we offer them.”