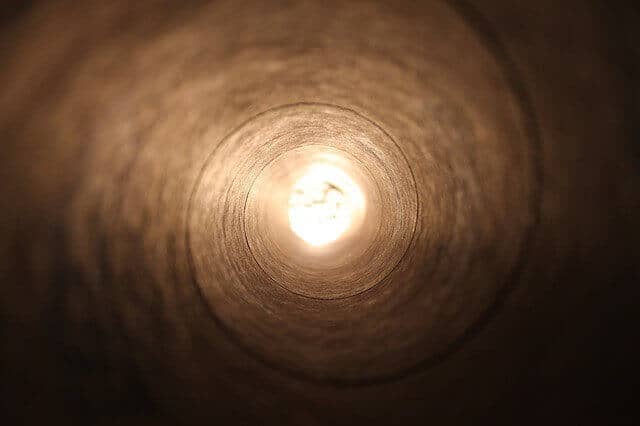 A “Big Bang” model of colon cancer is challenging current thinking about how tumors grow.

Christina Curtis, PhD, assistant professor of medicine and of genetics at the Stanford University School of Medicine, is the senior author of a paper describing the new model. The lead author is Andrea Sottoriva, PhD, former postdoctoral scholar at the University of Southern California. Curtis conducted most of the research for the paper as an assistant professor of preventive medicine at USC, in collaboration with Darryl Shibata, MD, professor of pathology there.

The paper was published online Feb. 9 in Nature Genetics.

The Big Bang model could be used to identify growth-pattern differences at points very early in the life of a tumor, at the resolution of just a few thousand cells. The researchers found that differences in early growth patterns were associated with whether the cells became a benign or malignant tumor: If growth was ordered, the cells would likely grow into an adenoma, or a benign tumor. But if the growth trajectory was disordered, the cells were likely to grow into a malignant, or cancerous, tumor.

The researchers determined that early disordered growth patterns led to patterns of genetic variegation in mature, malignant tumors but not in benign adenomas. Curtis added that these findings suggest that tumors are “born to be bad,” and malignant potential is determined early. Cell mixing in the nascent tumor can give rise to detectable patterns of genetic variegation that could potentially serve as a biomarker, enabling early detection of cancerous growths, Curtis said.

A panoramic view of tumor differences

Tumors are made up of a diverse spectrum of mutated cells. Cells within a single tumor vary, and tumors themselves differ from one another. Differences among and within tumors present challenges for diagnosis and treatment of cancer. It is thought that specific differences among tumors might determine which ones become malignant and which of these then go on to metastasize, or invade other parts of the body.

“Differences between tumor cells are pervasive,” Curtis said. “Yet the origins of these differences are poorly understood.”

Curtis and her colleagues wanted to understand how and when genetic differences in tumors arise. This wasn’t easy to do: Direct observation of tumor growth is impossible, and tumors are not routinely detected until composed of at least 1 million cells. The researchers circumvented these obstacles by exploiting the fact that cells in full-grown tumors contain an “ancestry map” in their DNA. They created tumor ancestry maps by analyzing genomic data from mature tumors taken from the human colon during surgery and input the genomic data into a computational model. Like the Big Bang model of the formation of the universe, their model deduced conditions in the past based on current data.

Instead of cosmic radiation, the Big Bang model of human colon cancer growth uses genomic data from a mature tumor to infer how that tumor grew, starting from when it was just a small number of cells. The researchers studied both benign tumors and malignant tumors of the human colon to test the Big Bang model. Currently, clinicians cannot accurately predict which benign growths will ultimately go on to become malignant growths in the colon.

Using an array of genomic techniques, Curtis and her team profiled colorectal tumors at multiple spatial scales, ranging from single cells to tumor glands consisting of fewer than 10,000 cells, as well as “bulk” tumor fragments that were taken from opposite sides of a full-grown tumor. These methods provided a panoramic and high-resolution view of how cells within a tumor were different and how tumors from the same patient differed from one another. From the genomic data, the researchers reconstructed a tumor growth history. A tumor growth history can be thought of like a slide-show at a graduation party, which starts off with baby pictures and ends with images of the young adult. The Big Bang model describes how a tumor evolves from a few thousand cells to a full-grown tumor composed of billions of cells.

The importance of time in tumor evolution

The researchers discovered that the timing of a mutation was more important than the relative evolutionarily fitness advantage it conferred in determining whether cells harboring that mutation would be prevalent in a full-grown tumor. Mutations continuously occur throughout the tumor lifespan, but only those that occur early have enough time to expand to a detectable size through cell division.

“What you see in the final cancer was there from the beginning,” Curtis said.

The Big Bang model provides a new way to interpret colon tumor growth dynamics and predicts that the earliest mutations will be pervasive throughout the final tumor, the study says.

The work was supported by the V Foundation for Cancer Research, the National Institutes of Health and the California Institute for Regenerative Medicine. Information about the Department of Medicine and Department of Genetics, which also supported the work, is available at http://medicine.stanford.edu and http://genetics.stanford.edu, respectively.