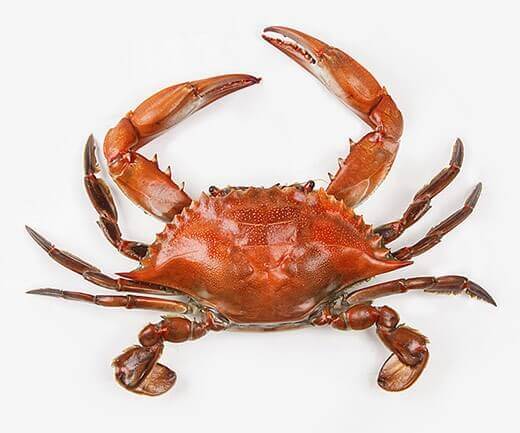 The first nationwide vulnerability assessment for ocean acidification, published today in Nature Climate Change, shows that coastal communities in 15 states that depend on the nation’s approximately $1 billion shelled-mollusk (e.g., oysters and clams) industry are at long-term economic risk from ocean acidification.

The assessment illustrates that vulnerable communities are not confined to the Pacific Northwest, which has been the primary focal point of attention and resources. Newly identified communities at risk reside everywhere from Maine to the Chesapeake Bay to the Louisiana bayou.

While Northern California has strong economic dependency on shellfish and is highly exposed to ocean acidification, it was not a large focus of the report. In part, this is because the researchers found it was less vulnerable than other coastal regions in the United States due to the state’s early efforts to address ocean acidification and climate change. Lack of economic data also made assessing the impact to California and other West Coast regions more difficult.

“Ocean acidification has already cost the oyster industry in the Pacific Northwest nearly $110 million and jeopardized about 3,200 jobs,” said Julia Ekstrom, who was lead author of the research while a scientist with Natural Resources Defense Council and now is director of the climate adaptation program at the UC Davis Policy Institute for Energy, Environment and the Economy. “Our research shows, for the first time, that many communities around the U.S. face similar risks.”

Ocean acidification is the result of oceans absorbing the growing amounts of carbon dioxide produced by burning fossil fuels. Acidifying waters make it more difficult for creatures with calcium carbonate shells or skeletons, including mollusks, crabs, and corals, to grow shells and survive. Mollusks are known to be particularly sensitive to ocean acidification and are also among the most lucrative and sustainable fisheries in the United States.

The study, co-authored by scientists at the NRDC, UC Davis, Ocean Conservancy, Duke University and collaborators from nine additional institutions, integrated physical, economic and social data into an assessment of various regions’ overall vulnerability to ocean acidification. The risk factors for impacts are numerous:

“Our analysis shows acidification will harm more than ocean creatures; it will have real impacts on people’s lives,” said Lisa Suatoni, NRDC Oceans Program senior scientist. “It will pinch pocketbooks, it will put livelihoods at risk, and it will alter the fabric of communities all across the country.”

Of particular concern are the study’s findings that many of the most economically dependent regions are currently the least prepared to respond. States such as Massachusetts, New Jersey, Virginia, and Louisiana have minimal research and monitoring for ocean acidification and little government support at federal or state levels to reduce their risk.

Since this assessment focused on mollusks, it offers one slice of overall vulnerability within the ecosystem. The method of analysis in this study should also be applied to a broader set of at-risk species, such as crabs and coral, and the services they provide.

‘Plenty we can do’

While reducing global carbon emissions is the ultimate solution, study findings point to localized solutions that can be implemented, including:

“There is plenty we can do to help these at-risk communities while protecting our environment,” said Suatoni. “Tailored action plans should be developed for each ocean acidification hot zone. The time to act is now.”