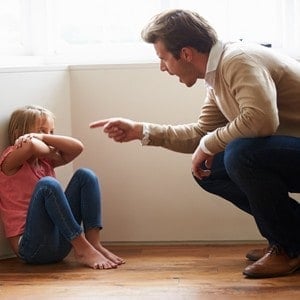 Young women with ADHD who have been exposed to abuse, neglect or other traumas in childhood and adolescence are at greater risk for self-injury, eating disorders and suicide than those with ADHD who were not mistreated in early youth, according to new research from UC Berkeley.

The findings, just reported in the journal Development and Psychopathology, add to a growing body of evidence that environmental factors, including maltreatment in childhood, can have a significant bearing on the negative psychosocial outcomes of attention-deficit hyperactivity disorder.

“While ADHD is clearly a heritable and biologically based disorder, and can be treated with medications, it is very important for clinicians and treatment providers to pay close attention to the trauma experiences of individuals, particularly women, with ADHD,” said Maya Guendelman, a Ph.D. student in psychology at UC Berkeley, and lead author of the study.

The results also raise the question of whether children with ADHD are more vulnerable to maltreatment due to family stress. A neurodevelopmental disorder, ADHD is estimated to afflict at least 6 million children and teenagers in the United States and is characterized by poor concentration, distractibility, hyperactivity, impulsiveness and other behaviors that are inappropriate for the child’s age.

“In the United States, we have a large contingent of kids being diagnosed with ADHD. At the same time, 10 to 20 percent of U.S. kids are abused or neglected. But we have very limited understanding of the overlap between these two groups,” Guendelman said.

“What if, in some portion of cases, we as clinicians, parents and teachers are superficially seeing and diagnosing and treating symptoms of hyperactivity and inattention, but it is really trauma experiences that underlie some of those overt manifestations of ADHD?” she added.

To investigate the relationship between ADHD and childhood maltreatment, Guendelman and fellow researchers compared data from the Berkeley Girls with ADHD Longitudinal Study (BGALS), which has tracked more than 140 girls with ADHD from childhood to adulthood since 1997.

Led by UC Berkeley psychologist Stephen Hinshaw, BGALS has consistently found that — unlike boys, whose symptoms are more overt — girls with ADHD suffer in hidden ways, and are more likely to internalize struggles as they mature into adolescence and young adulthood. This coping mechanism can make them more prone to depression, self-mutilation, eating disorders and suicide attempts as they enter adulthood, the study’s data shows.

Specifically, Guendelman and her team looked into how many of the women with ADHD in the BGALS sample had reported incidents of physical abuse, sexual abuse or neglect during childhood or adolescence. They found that nearly one in four members of the ADHD group had reported some form of trauma by adolescence, compared to 11 percent in the non-ADHD control group, and that this maltreated ADHD subgroup had a higher propensity for depression, anxiety and self-destruction than both the girls with ADHD who had not been maltreated and the girls in the non-ADHD control group.

“Our findings clearly support the contention that child or adolescent maltreatment specifically is an important risk factor for maladaptive functioning in young adulthood among women with childhood ADHD, particularly with respect to depression, anxiety, and suicidal behavior,” Guendelman said.

“This is not to say that all ADHD is due to social adversity rather than biological factors,” she added. “Rather, it suggests that we must consider the contribution of factors such as severe social stress and trauma in our understanding of how children with ADHD develop.”

The BGALS sample is made up of a racially and socioeconomically diverse group of girls in the San Francisco Bay Area who have been tracked through early childhood summer camp participation, adolescence and now into early adulthood. It has compared the behavioral, emotional and academic development of the 140 girls with ADHD to that of a demographically similar group of 88 girls without ADHD. Every five years, the research team publishes studies looking into how ADHD impacts girls, including this latest research.

ADHD is not the only psychopathology impacted by environmental factors, said Hinshaw, senior author of the study.

“Across a range of mental disorders, from schizophrenia to depression and bipolar disorder, scientists are realizing that, despite the undisputed biological underpinnings of these conditions, key life experiences, including trauma, are essential forces related to long-term outcomes,” Hinshaw said.