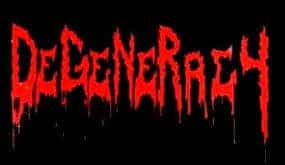 Every single human has a degree of degeneration. The more we have, the better. Degeneracy is an unfortunate term, but one of the most important in systems biology. It specifically refers to:

It is an environmentally-dependant process, where a system recruits multiple pathways in order to achieve flexibility of function and adaptation.

What this means is that complex adaptive systems, just like ourselves, have many dissimilar structures which can achieve the same end function, depending on the environment we are in. This notion is different from ‘redundancy’. A redundant system has identical structures performing similar functions. If one structure is damaged, another duplicate one will take over. For example, our eyes or kidneys have ’redundancy’ because the structures involved are identical. Degeneracy, on the other hand, is a more flexible characteristic, when dissimilar structures can be driven to yield the same result when these structures are under pressure to do so by environmental forces. Biological degeneracy is not pathological degeneration and it does not indicate any abnormal or negative deterioration.

Some people compare biological organisms to machines. However, a significant difference between biology and engineering is that in engineering there is in-built redundancy, with identical fail-safe elements. Instead, in biological systems degeneracy is a more relevant concept which allows for greater flexibility and adaptation.

It is known that when certain genes are deleted from the genome (through directed homologous recombination for example) the resulting phenotypic expression remains unchanged. So, even if we delete certain genes, other genes will step in and provide the same functional (phenotypic) result. This is a typical example of degeneracy. Another example is albumin in humans. A study of randomly selected humans showed that in some individuals the gene for albumin expression was completely absent. This shows that the gene networks of these humans have created suitable compensatory modifications, which led to the same functional result i.e. the formation of albumin through genes who are not normally expressing for it.

Degeneracy suggests that the amino acid sequence of any required protein could be generated by a large number of structurally distinct nucleotide sequences, and almost every gene has the potential for multiple effects. So, degeneracy provides a model where the environment can cause certain changes in elements which have no specific a priori function, elements which are ‘free, willing and able’ to take on whatever is requested of them.

If it is applied in a wider context, degeneracy explains why we age and die: because no individual is uniquely indispensable, and when one dies, it falls to others to perform the same function.

However, degeneracy also helps us speculate about new ways of improving health, ways which are not dependent on drugs or operations but dependent on the environment alone.

This may be quite relevant in our search for mechanisms which may diminish disease and age-related dysfunction. For instance, it may open up possibilities for new mechanisms to operate which may help preserve the long-term function of somatic cells at the expense of germline cells. It is known that degenerate systems show divergence of function: depending on the environment, any elements that are suited to one function may be forced to exhibit different functions, i.e. these elements are exapted to a new function without disturbing the original system. The change of the environment may be achieved through hormesis or environmental enrichment methods. One possible mechanism is through the well-known relationship between degeneracy and the epigenome: degeneracy helps in the evolution of new phenotypes, despite the fact that genes may remain unchanged.  This is a major obstacle in genetic engineering. Degeneracy shows that attempts at repairing certain genes through genetic engineering may fail, despite having identified the gene responsible for a certain damaging action. Elimination or substitution of this specific gene may not result in the desired effects as other degenerate regulatory networks may take over.

Degeneracy can be found at different level:

* A particular polypeptide may be encoded by different nucleotide sequences. Different initiation and termination sequences may lead to mRNA molecules which are functionally equivalent.

* In nutrition, it is evident that different food constituents lead to the same equivalent functional result. In exercise the same is true: for instance, strength may be achieved through climbing, weight lifting or swimming, using different groups of muscles.

* Immune responses can be identical despite the great variety of the stimulants.

* Communication may be achieved through a great variety of different and dissimilar means (shouting, email, smoke signals), which lead to the same result (the transmission of a message from one brain to another).

Degenerate systems create novelty which is suited to its particular environment. We can utilise this concept. By fully engaging with our environment (which is one of relentless information processing) we may force certain biological mechanisms to operate in our advantage and, as a result, experience an improvement in function and health.