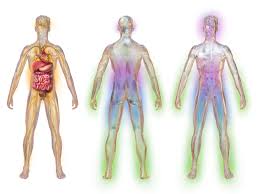 Walking barefoot on sand “felt like walking on glass” for Keith Wenckowski, who has lived with type-one diabetes for more than two decades.

One of the participants in a new Northwestern Medicine study who suffered from painful diabetic neuropathy (PDN), Wenckowski finally found relief from the constant foot pain that required him to wear shoes at all times, even to the beach.

The study found that those with PDN who received two low dose rounds of a non-viral gene therapy called VM202 had significant improvement of their pain that lasted for months.

“I can now go to a beach and walk on the sand without feeling like I am walking on glass,” Wenckowski said.

The results of this phase two, double-blind, placebo-controlled study will be published March 5 in the journal Annals of Clinical and Translation Neurology.

Right now there is no treatment for this disease of the peripheral nerves that affects 20 to 25 percent of diabetics. Patients with the most extreme form of the disease feel intense pain with a slight graze or touch. The pain can interfere with daily activities, sleep, mood and can diminish quality of life.

“Those who received the therapy reported more than a 50 percent reduction in their symptoms and virtually no side effects,” said Dr. Jack Kessler, lead author of the study. “Not only did it improve their pain, it also improved their ability to perceive a very, very light touch.”

VM202 contains human hepatocyte growth factor (HGF) gene. Growth factor is a naturally occurring protein in the body that acts on cells — in this case nerve cells — to keep them alive, healthy and functioning. Future study is needed to investigate if the therapy can actually regenerate damaged nerves, reversing the neuropathy.

Wenckowski had continuous numbness, but now, more than a year since he received the therapy, his symptoms have not returned. “I am hoping the effects I am feeling do not cease,” he said.

Damaged nerve cells send out abnormal signals, causing the patients to feel pain, usually in their lower limbs and fingertips. The condition can lead to injuries, chronic foot ulcers and even amputations.

Painkillers and other medications can alleviate symptoms, but those drugs often come with undesirable side effects.

“We are hoping that the treatment will increase the local production of hepatocyte growth factor to help regenerate nerves and grow new blood vessels and therefore reduce the pain,” said Dr. Senda Ajroud-Driss, associate professor in neurology at Feinberg, an attending physician at Northwestern Memorial Hospital and an author of the study.

Eighty-four subjects with PDN completed this study. They went to a clinic twice in a two-week timespan for a series of injections into the back of their calf muscles and lower legs. Some received injections of a saline placebo, others a low dose of the therapy and others a higher dose.

“We found that the patients who received the low dose had a better reduction in pain than the people who received the high dose or the placebo,” Ajroud-Driss said. “Side effects were limited to injection site reaction.”

A future, much larger phase three study will soon be underway.

“Right now there is no medication that can reverse neuropathy,” Kessler said. “Our goal is to develop a treatment. If we can show with more patients that this is a very real phenomenon, then we can show we have not only improved the symptoms of the disease, namely the pain, but we have actually improved function.”