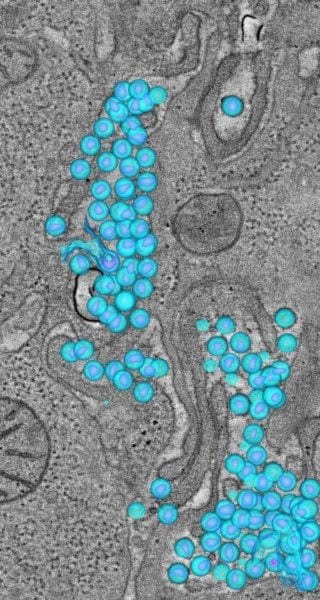 HIV can establish itself in the brain as soon as four months after initial infection — a finding that dampens hopes of an impending cure for a disease that afflicts more than 35 million people.

Within two years of infection, a genetically distinct version of HIV replicates in the brains of as many as one in four patients, researchers at the Yale School of Medicine and University of North Carolina (UNC) report March 26 in the journal PLOS Pathogens.

While it was known that in the late stages of infection HIV can establish itself in the central nervous system and even cause a form of dementia, many scientists had hoped that an early diagnosis might allow new therapies to eradicate the virus in patients before it becomes lodged in the brain, where not all drugs used to treat the disease are as effective as they are in other parts of the body.

“HIV in the central nervous system can also be distinct from that in found in the blood, which adds yet another obstacle to developing new treatment strategies,” said Serena Spudich of the Department of Neurology at Yale, who is senior author of the paper.

She also noted that even if it was possible to wipe out the virus in the blood stream, its survival in the central nervous system means that, in theory, the disease could reestablish itself in the patient.

The researchers examined cerebral spinal fluid of 72 patients within the first two years of infection, and they found up to 25% had evidence of HIV infection or a strong immune system response to infection.

The authors also urged routine HIV testing to catch the infection as early as possible and the prompt initiation of antiretroviral therapy — or ART — to reduce replication and inflammation.

Christa Buckheit Sturdevant, formerly of UNC and now at Duke University, is the lead author of the paper. Samples were collected from study participants with the help of Dr. Richard Price at the University of California-San Francisco and were analyzed in the laboratory of Ronald Swanstrom at UNC.

The research was funded by the National Institute of Mental Health.