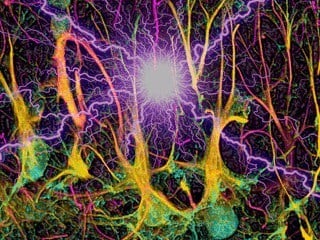 While there are treatments for some forms of epilepsy, it is still not known precisely what leads to this sometimes deadly and debilitating condition. However, researchers at Baylor College of Medicine and Achucarro Basque Center for Neuroscience, Zamudio, Spain, are now closer to unlocking that mystery.

Using an epilepsy model, researchers found that in the animals with epilepsy, during neurogenesis (formation of new neurons), some neural stem cells did not produce neurons. Instead, they differentiated into another cell type called reactive astrocyte, known to promote inflammation and to disrupt synaptic connectivity. That change occurred as a result of high levels of neuronal network excitability, a hallmark of epilepsy. Their findings are published today in the journal Cell Stem Cell.

“The hippocampus is one of the key brain regions where neuronal hyperactivity may lead to intractable epilepsy with devastating consequences,” said Dr. Mirjana Maletić-Savatić, assistant professor of pediatrics-neurology and neuroscience at Baylor and the Jan and Dan Duncan Neurological Research Institute at Texas Children’s Hospital. “Sometimes, such in the case of mesial temporal lobe epilepsy, the only treatment is surgical removal of the region. But, the hippocampus is also a center for learning and memory, and thus, while its resection can ameliorate seizures, it can be detrimental for cognition. To develop better therapies, we have to have a much better understanding of the processes that underlie perpetual seizures.”

“Impaired neurogenesis in the hippocampus has been linked to epilepsy. However, we did not grasp the full range of consequences neuronal hyperactivity had on neural stem cells until this study. Our group of researchers was able to show that different levels of neuronal hyperactivity profoundly affected the ‘offspring’ of neural stem cells, changing them into reactive astrocytes and halting their capacity to make new neurons,” she said.

Maletić-Savatić, who is co-lead author of the study along with Dr. Juan Manuel Encinas, currently with the Achucarro Basque Center for Neuroscience in Spain, injected different doses of kainic acid, a neuro-excitatory amino acid, into very specific areas where neurogenesis occurs.

“A single injection of a high dose of kainic acid resulted in high levels of excitability, which was associated with terminal neural stem cell differentiation into reactive astrocytes. Further studies are necessary to determine the functional outcome of this process,” said Dr. Anne E. Anderson, associate professor of pediatrics and neuroscience at Baylor and director of the epilepsy monitoring unit at Texas Children’s Hospital. “This also caused abnormal firing of existing neurons and seizures. However, even a low dose of kainic acid resulted in the disruption of neurogenesis and abnormal firing, but did not result in seizures.”

Anderson added that a serious form of epilepsy called mesial temporal epilepsy has the same type of abnormal firing seen in the mouse model exposed to high dose of kainic acid, and that some epilepsy sufferers also experience abnormal firing without clinical seizures. Given the devastating consequences of this disorder, the immediate question is whether the study will lead to generation of new therapies. At this time, the findings highlight new processes that may contribute to the pathological hallmarks of epilepsy, but not a treatment target. However, it appears that rather than simply modifying neurogenesis, it may be more important to prevent massive activation of neural stem cells and their conversion to reactive astrocytes, either of which is sufficient to deplete the pool of neural stem cells.

“We need to decipher very precisely what exactly leads neural stem cells to turn into reactive astrocytes. This might one day lead us to a development of new therapies that can counteract this process,” said Maletić-Savatić.