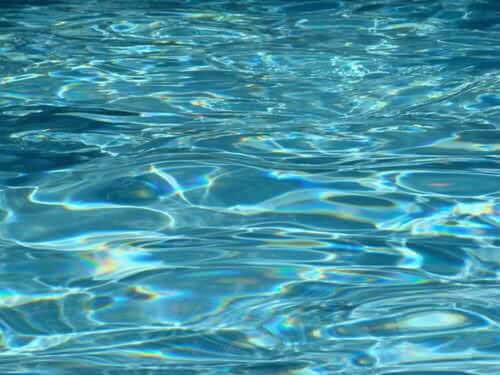 Astronomers have long held that water — two hydrogen atoms and an oxygen atom — was a relative latecomer to the universe. They believed that any element heavier than helium had to have been formed in the cores of stars and not by the Big Bang itself. Since the earliest stars would have taken some time to form, mature, and die, it was presumed that it took billions of years for oxygen atoms to disperse throughout the universe and attach to hydrogen to produce the first interstellar “water.”

New research poised for publication in Astrophysical Journal Letters by Tel Aviv University and Harvard University researchers reveals that the universe’s first reservoirs of water may have formed much earlier than previously thought – less than a billion years after the Big Bang, when the universe was only 5 percent of its current age. According to the study, led by PhD student Shmuel Bialy and his advisor Prof. Amiel Sternberg of the Department of Astrophysics at TAU’s School of Physics and Astronomy, in collaboration with Prof. Avi Loeb of Harvard’s Astronomy Department, the timing of the formation of water in the universe has important implications for the question of when life itself originated.

“Our theoretical model predicts that significant amounts of water vapor could form in molecular clouds in young galaxies, even though these clouds bear thousands of times less oxygen than that in our own galaxy today,” said Bialy, the lead author of the study. “This was very surprising and raises important questions about the habitability of the first planets, because water is the key component of life as we know it.”

For the purpose of the study, the researchers examined chemical reactions that led to the formation of water within the oxygen-poor environment of early molecular clouds. They found that at temperatures around 80 degrees Fahrenheit, the formation process became very efficient, and in the gas phase abundant water could form despite the relative lack of raw materials.

“The universe then was warmer than today and gas clouds were unable to cool effectively,” said Prof. Sternberg. “Indeed the glow of the cosmic microwave background was hotter, and gas densities were higher,” said Prof. Loeb, who also holds a Sackler Senior Professorship by special appointment in the School of Physics and Astronomy at TAU.

Because ultraviolet light from stars breaks down water molecules, an equilibrium between water formation and destruction could only be reached after hundreds of millions of years. The team found that the equilibrium in the early universe was similar to that measured in the universe today.

“We found that it is possible to build up significant quantities of water in the gas phase without much enrichment in heavy elements,” said Bialy. “In this current work, we calculated how much water could exist in the gas phase within molecular clouds that would form later generations of stars and planets. In future research we intend to address questions such as how much water could have existed as interstellar ice, as in our own galaxy, and what fraction of all the water might actually be incorporated into newly-forming planetary systems.”