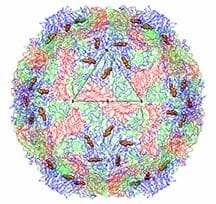 As Sarah Allred explains, while color perception universally involves the practice of categorizing colors according to basic labels, the influence of categorization on color memory remains largely unknown and understudied.

“So that leaves a lot of questions unanswered,” says Allred, an assistant professor of psychology at Rutgers University–Camden. “‘Do we remember colors just as we saw them?’, ‘Does time affect how we remember colors?’, ‘Are some colors easier to remember than others?’”

Thanks to Allred and her fellow researchers, these answers have just come sharper into hue.

Allred and cognitive scientists Jonathan Flombaum of Johns Hopkins University, Gi-Yeul Bae of the University of California–Davis, and Maria Olkkonen of the University of Pennsylvania, shed light on the phenomenon of working color memory in their illuminating new study, “Why Some Colors Appear More Memorable Than Others: A Model Combining Categories and Particulars in Color Working Memory,” published in the May issue of the Journal of Experimental Psychology.

In two pairs of experiments, the researchers used a set of 180 colors, spanning the entire color spectrum. In the first experiment pair, the researchers showed observers colors one at a time and asked them to categorize the colors according to eight basic color terms – red, green, blue, purple, yellow, orange, brown, and pink.

In addition, the researchers presented the color spectrum in a ring, gave the observers the list of category labels, and asked them to pick the color on the ring that best represented each category.

From these experiments, the researchers had estimates of what observers considered to be the best examples of each color category.

“We had an idea of the greenest green, the bluest blue, and the yellowest yellow,” explains Allred. “It turns out that people actually have pretty good agreement on these labels. There isn’t as much variability between people as you might expect.”

In the second experiment pair, employing different observers than the first pair, the researchers presented colors briefly one at a time on the screen. After each color was removed from the view, the ring of 180 colors was presented. Participants then had to select the color on the ring that matched the one that they had just seen.After a series of trials, the researchers arrived at an average response for each color observed. However, the responses were anything but universal.

Using the data, the researchers then created a model to explain – and predict – these biases. They found that the model that best explained the data is one where the remembered color is a combination of the color that was actually seen and the color category that was assigned to that color.

“What the model postulates is that, when you are trying to encode the information, you encode something about the particular value, but you also tag it with a color label,” she says.

For instance, explains Allred, if the observer was shown a teal color – something that is in between blue and green – but a little bit more on the greenish side, the observer remembered the color as “green” and, more specifically, “this version of green.”

“Consequently, the observer remembered the color as greener than the actual color presented,” she explains. “That category representation biases the response.”

Meanwhile, if the researchers presented colors that were really close to a category center – such as the “yellowest yellow” or the “greenest green” – they found very little bias.

“The observers were very accurate at remembering those colors, but as you move toward colors that are on the borders of categories, the biases become greater,” she says. “Essentially, when you think that you are remembering something, your memory is probably shifted by your category representation.”

Allred notes that the researchers are now analyzing another set of data, using a different set of stimuli and behavioral tasks, which shows that their results aren’t just artifacts of the particular task or stimulus that they used. “The connection is definitely there,” she says. “Our initial results surprised me, and I did every analysis possible to try to disprove them, but it’s definitely there.”

1 thought on “How Do We Remember Colors? Categories Influence Color Memory”