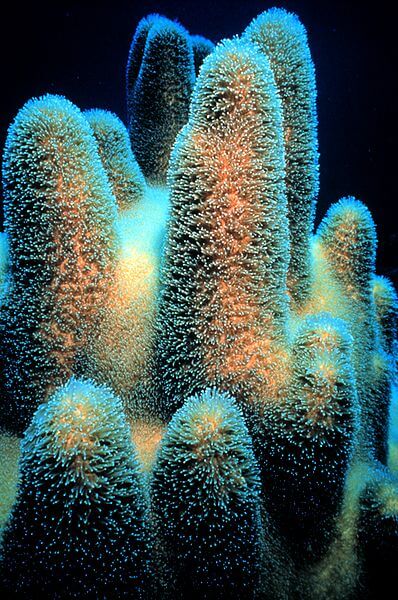 Some coral populations already have genetic variants necessary to tolerate warm ocean waters, and humans can help to spread these genes, a team of scientists from The University of Texas at Austin, the Australian Institute of Marine Science and Oregon State University have found. The discovery has implications for many reefs now threatened by global warming and shows for the first time that mixing and matching corals from different latitudes may boost reef survival.

The findings were published this week in the journal Science.

The researchers crossed corals from naturally warmer areas of the Great Barrier Reef in Australia with corals from a cooler latitude nearly 300 miles to the south. The scientists found that coral larvae with parents from the north, where waters were about 2 degrees Celsius warmer, were up to 10 times as likely to survive heat stress, compared with those with parents from the south. Using genomic tools, the researchers identified the biological processes responsible for heat tolerance and demonstrated that heat tolerance could evolve rapidly based on existing genetic variation.

“Our research found that corals do not have to wait for new mutations to appear. Averting coral extinction may start with something as simple as an exchange of coral immigrants to spread already existing genetic variants,” said Mikhail Matz, an associate professor of integrative biology at The University of Texas at Austin. “Coral larvae can move across oceans naturally, but humans could also contribute, relocating adult corals to jump-start the process.”

Worldwide, coral reefs have been badly damaged by rising sea surface temperatures. Bleaching — a process that can cause widespread coral death due to loss of the symbiotic algae that corals depend on for food — has been linked to warming waters. Some corals, however, have higher tolerance for elevated temperatures, though until now no one understood why some adapted differently than others.

“This discovery adds to our understanding of the potential for coral to cope with hotter oceans,” said Line Bay, an evolutionary ecologist with the Australian Institute of Marine Science in Townsville.

Reef-building corals from species in the northern Pacific Ocean and the Caribbean Sea are similar to those used in the study. There, too, reefs may benefit from conservation and restoration efforts that protect the most heat-tolerant corals and prioritize them for any restoration initiatives involving artificial propagation.

“This is occasion for hope and optimism about coral reefs and the marine life that thrive there,” Matz said.