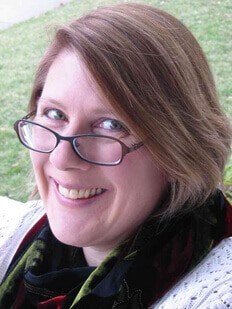 Sherry Towers was at Purdue University for a meeting on Jan. 21, 2014, when a gunman shot, stabbed and killed a student. Recalling three other school shootings that had made the news in the prior week, she wondered if the string of tragedies was more than coincidental.

In the days that followed, Towers, a statistician, modeler and an Arizona State University research professor, decided to study the data.

“I wondered if it was just a statistical fluke, or if somehow through news media those events were sometimes planting unconscious ideation in vulnerable people for a short time after each event,” she said.

The team examined databases on past high-profile mass killings and school shootings in the U.S. and fit a contagion model to the data to determine whether these tragedies inspired similar events in the near future.

They determined that mass killings – events with four or more deaths – and school shootings create a period of contagion that lasts an average of 13 days. Roughly 20 to 30 percent of such tragedies appear to arise from contagion.

As Towers explained, the hallmark of contagion is observing patterns of many events that are bunched in time, rather than occurring randomly in time.

The researchers knew that previous studies have shown that suicide in youths can be contagious, where one suicide in a school appears to spark the idea in other vulnerable youths to do the same.

“It occurred to us that mass killings and school shootings that attract attention in the national news media can potentially do the same thing, but at a larger scale,” Towers said. “While we can never determine which particular shootings were inspired by unconscious ideation, this analysis helps us understand aspects of the complex dynamics that can underlie these events.”

The resulting paper, “Contagion in Mass Killings and School Shootings,” appears in the July 2 edition of PLoS ONE.

On average, mass killings involving firearms occur approximately every two weeks in the U.S., and school shootings occur on average monthly. The team found that the incidence of these tragedies is significantly higher in states with a high prevalence of firearm ownership.

Castillo-Chavez, a mathematical epidemiologist in the College of Liberal Arts and Sciences‘ School of Human Evolution and Social Change, noted the relevance of the team’s research and the growing need to expand upon it.

He offered, “The tragic events in South Carolina demand that we make every effort to learn the influence that media may have on population-level behavior. We hope that this research inspires the efforts of others, particularly scientists, in helping us understand the impact of culture on random killings and how to prevent these heinous acts.”