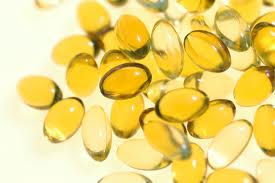 Dosing obese teens with vitamin D shows no benefits for their heart health or diabetes risk, and could have the unintended consequences of increasing cholesterol and fat-storing triglycerides. These are the latest findings in a series of Mayo Clinic studies in childhood obesity.

“After three months of having vitamin D boosted into the normal range with supplements, these teenagers showed no changes in body weight, body mass index, waistline, blood pressure or blood flow,” says Dr. Kumar. “We’re not saying the links between vitamin D deficiency and chronic diseases don’t exist for children–we just haven’t found any yet.”

One-in-five American adolescents is obese, and more than a third are overweight, according to the Journal of American Medical Association. Several observational studies also have noted links between vitamin D deficiency and a host of weight-related medical complications, including cardiovascular diseases and insulin resistance. As a result, caregivers and providers often start high-dose supplementation in an attempt to slow or reverse some of the clinical complications associated with obesity.

“I have been surprised that we haven’t found more health benefit,” says Dr. Kumar. “We’re not saying it’s bad to take vitamin D supplements at reasonable doses, and we know most obese teens are vitamin D deficient. We’re just saying the jury is still out on how useful it is for improving overall health in adolescents.”

This is the first of Dr. Kumar’s studies to report increased cholesterol and triglycerides during vitamin D supplementation, a finding she says might be attributed to the smaller number of children who participated in the study and the relatively short timeframe. She calls for larger, placebo-controlled studies to examine the long-term effects of vitamin D supplementation on teens and children.

Parents and providers often put obese adolescent children on vitamin D regimens — sometimes at more than 5-to-10 times the recommended daily intake — because some studies have shown a link between vitamin D in the blood and improved vascular function, says Dr. Kumar. She opted to study vitamin D in overweight teens because this population is at increased risk for chronic disease, and because of the compound’s increasing popularity as a homeopathic or complementary treatment for obesity.

Dr. Kumar notes that it is possible to ingest too much vitamin D, a condition called vitamin D toxicity or hypervitaminosis, which can result in poor appetite, nausea, vomiting and kidney complications. More information is available online.

1 thought on “Vitamin D in teens: Don’t overdo it, bad things might happen”