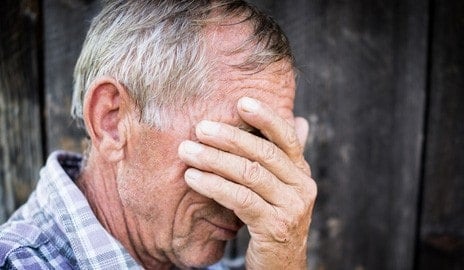 How people remember past behavior affects their choices in the present, according to a new study that suggests the relationship between recall and self-control is more complicated than previously believed.

Research on self-control often suggests recollecting past mistakes as a way to avoid making them again. For example, the Centers for Disease Control and Prevention recommends that people with food addictions reflect on past lapses to keep from overeating. But Vanderbilt University professor Kelly Haws thought there might be more to the story, so she and her team designed several studies to test the nuances of recall. Haws and colleagues found that focusing on past behaviors is not always a good idea.

“Be very careful when you ask anybody to dig up the past,” said Haws, an associate professor of marketing at the Vanderbilt Owen Graduate School of Management. “That can be a very ineffective way to change future behavior for the better.”

The research was published online June 30 in the Journal of Consumer Psychology.

In one experiment, Haws and colleagues divided subjects into two groups: they asked one group to remember self-control “successes” —say, buying shoes from the sales rack rather than shelling out for new Jimmy Choos. The other group was asked to remember examples of poor choices, or “failures.”

Then the researchers added a twist —they wanted to see how the ease of recall affected self-control. To do this, they used a well-known method in cognitive psychology —they asked some subjects to remember more examples than others.

The method works because it’s generally easier to call up two past examples than ten. Therefore, the thinking goes, people asked to remember two instances of smart spending might think they make great choices, since the recall felt easy.

On the flip side, people asked to remember ten examples of good financial decisions might doubt their self-control.

“You start to use that difficulty you’re having as a cue for who you are and what you’re like,” Haws said.

Finally, Haws gave participants a budget, then asked them how much they would spend on an item they couldn’t afford —a pair of shoes, a handbag or a video game.

Study participants asked to remember few instances of success, on the whole, spent within their allotted budgets. But those asked to remember more good examples exhibited poorer self-control —they tended to splurge on items they couldn’t afford.

The results highlight several interesting elements of the relationship between recall and self-control. Perhaps the most surprising, Haws said, is that searching through the past can negatively affect behavior, depending on the ease of recall, even when past examples are positive.

We are constantly rewriting the stories we tell ourselves about ourselves —that’s what makes recall an unreliable tool for improvement. Instead of dwelling on the past, Haws said, her research into behavior suggests that setting goals for the future can positively change present behavior. We don’t buy the $700 boots because we want to go on that trip to Europe. We study instead of party because we want a good score on the test.

In short, if we want to have better self-control, “Look forward,” Haws says. “Don’t look back.”

This research was supported by the 2012 ACR/Sheth Foundation Dissertation Competition Grant and the Dean’s Small Research Grant fund at the University of Pittsburgh. The content is solely the responsibility of the authors and does not necessarily represent the official views of the supporting agencies.
CITATION: Nikolova, H., Lamberton, C., Haws, K.L., “Haunts or helps from the past: Understanding the effect of recall on current self-control,” (Journal of Consumer Psychology, 2015). http://dx.doi.org/10.1016/j.jcps.2015.06.011