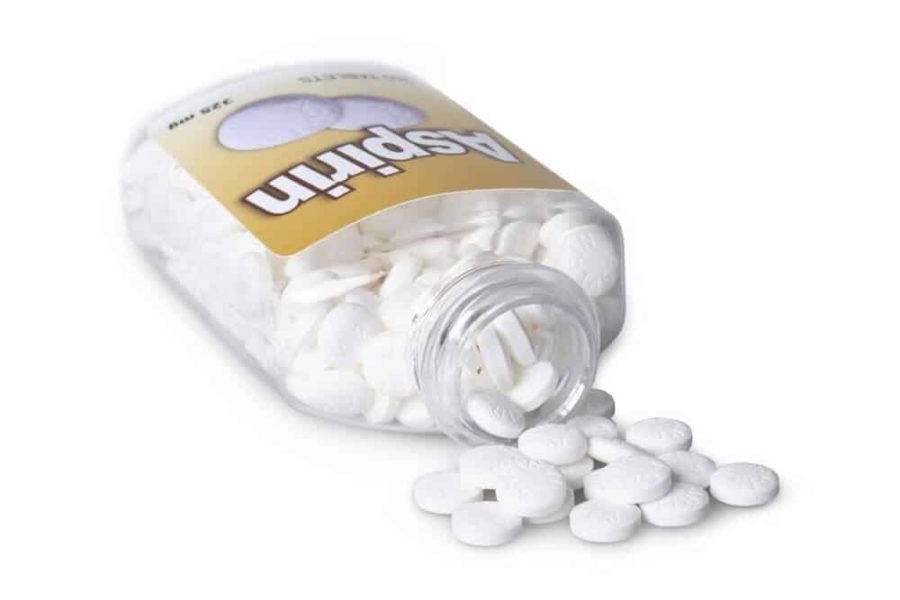 A research team that includes a Rutgers professor has found that the main ingredient in aspirin targets the activities of an inflammatory protein associated with a wide variety of diseases. The discovery offers hope for the development of more powerful aspirin-like drugs.

Aspirin is one of the oldest and most commonly used medicines, but many of its beneficial health effects have been hard for scientists and physicians to explain.

A recent study led by researchers at the Cornell University-affiliated Boyce Thompson Institute (BTI) in collaboration with colleagues at Rutgers and Italy’s San Raffaele University and Research Institute, shows that aspirin’s main breakdown product, salicylic acid, blocks the protein, HMGB1, which could explain many of the drug’s therapeutic properties.

The findings appear Sept. 23, 2015, in the journal Molecular Medicine.

“We’ve identified what we believe is a key target of aspirin’s active form in the body, salicylic acid, which is responsible for some of the many therapeutic effects that aspirin has,” said senior author Daniel Klessig, a professor at BTI and Cornell University. “The protein, HMGB1, is associated with many prevalent, devastating diseases, including rheumatoid arthritis, heart disease, sepsis and inflammation-associated cancers, such as colorectal cancer and mesothelioma,” he said.

Aspirin’s pain relieving effects have long been attributed to its ability to block the enzymes cyclooxygenase 1 and 2, which produce hormone-like compounds that cause inflammation and pain—a discovery that netted its discoverer, John Vane, a Nobel prize. However, the body rapidly converts aspirin to salicylic acid, which is a much less effective inhibitor of cyclooxygenase 1 and 2 than aspirin. Nonetheless, it has similar effects as aspirin, suggesting that salicylic acid may interact with additional proteins.

“Some scientists have suggested that salicylic acid should be called ‘vitamin S’, due to its tremendous beneficial effects on human health, and I concur,” said lead author Hyong Woo Choi, a research associate at BTI.

In the current study, researchers discovered the interaction between salicylic acid and HMGB1 by screening extracts prepared from human tissue culture cells to find proteins that could bind to salicylic acid. They identified one of these proteins as HMGB1. These screens have also identified a key suspect in neurodegenerative diseases such as Alzheimer’s and Parkinson’s diseases, plus approximately two dozen additional candidates that have yet to be characterized.

In the body, HMGB1 is normally found inside the nucleus, but can enter the blood stream when released from injured tissues or secreted by certain immune or cancer cells. The protein in the blood stream triggers inflammation by recruiting immune cells involved in preventing infections and repairing damaged tissues.

To further investigate the interactions between salicylic acid and HMGB1’s role in the body, Klessig worked with Marco Bianchi of San Raffaele University and Research Institute, who initially discovered that HMGB1 is a trigger of inflammation. Using assays that measured the effects of salicylic acid on the recruitment and activation of immune cells, they showed that salicylic acid could block both of these functions at concentrations similar to those found in people on low-dose aspirin.

“We’ve found that HMGB1 is involved in countless situations where the body confronts damage to its own cells, which occur in many disease conditions. In retrospect, it’s almost obvious that a very general anti-inflammatory compound blocks a very general inflammation trigger,” said Bianchi.

Klessig also teamed up with biophysicist Gaetano Montelione at Rutgers to not only confirm that salicylic acid can bind to HMGB1, but also to identify the salicylic acid binding sites.

The Klessig group identified two derivatives of salicylic acid, which are far more effective than salicylic acid in blocking HMBG1’s pro-inflammatory activities. They synthesized one compound in the lab, while a second was isolated from a licorice plant used as a Chinese medicinal herb.

“We’ve identified both synthetic and natural derivatives of salicylic acid which are 50 to 1000 times more potent than salicylic acid or aspirin in suppressing the pro-inflammatory activity of extracellular HMGB1,” said Klessig, “thereby providing proof of concept that more effective salicylic acid-based drugs are attainable.”

“Our analyses of these derivatives revealed that appropriate modifications of salicylic acid can enhance the strength of its interaction with HMGB1, providing the basis for rational design of new aspirin-like molecules,” said Rutgers’ Montelione.

The work was supported by grants from the National Science Foundation, the National Institutes of Health, the Triad Foundation and the Associazione Italiana Ricerca sul Cancro.