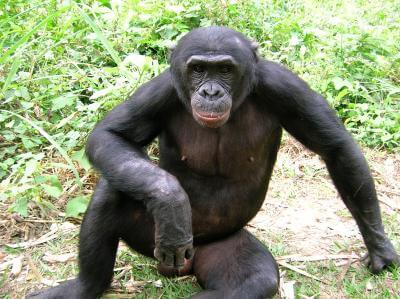 The malaria parasite molecules associated with severe disease and death–those that allow the parasite to escape recognition by the immune system–have been shown to share key gene segments with chimp and gorilla malaria parasites, which are separated by several millions of years, according to a new study led by Harvard T.H. Chan School of Public Health. This new information about the origin and genetics of human malaria virulence factors could aid in basic understanding of the causes of malaria and provide targets for drugs and vaccines.

The study will be published online October 12, 2015 in Nature Communications.

“The evolution of these key virulence determinants doesn’t occur in the same way as in other pathogens. Instead of gradually changing by mutation, like the flu virus, these malaria parasites exchange intact gene segments, like shuffling a deck of cards,” said Caroline Buckee, assistant professor of epidemiology at Harvard Chan School and senior author of the study.

Malaria kills more than 500,000 people a year, mostly children in Sub-Saharan Africa. Severe disease syndromes in human malaria–including severe malarial anemia, pregnancy-associated malaria, and cerebral malaria–have been linked with the malaria parasite’s ability to cause infected red blood cells to bind to the inner lining of blood vessels. This ability of the infected cells to adhere in this way–which is key to malaria’s virulence–is linked with certain genes called var genes.

Looking at hundreds of var sequence fragments using network analysis, the researchers discovered that short segments of these genes are shared across many different malaria parasites affecting humans, apes, and chimps. These segments are not recent adaptations, but rather reflect an ancient genomic structure.

“Astonishingly, we have found the very same shared sequence mosaics in these highly divergent species, implying that these short mosaic sequences, in spite of continual diversification, have an ancient origin,” Buckee said. “The origin of human malaria virulence factors is actually much older than previously thought.”

Lead author of the study was Daniel B. Larremore, former postdoctoral fellow in the Center for Communicable Disease Dynamics at Harvard Chan School and now an Omidyar fellow at the Santa Fe Institute.