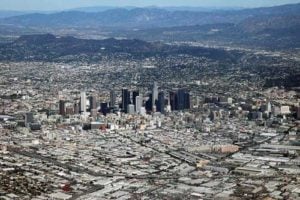 Patients who suffer an adverse medical event arising from the use or misuse of medications are more costly to the health care system than other emergency department (ED) patients, say physicians and research scientists at Vancouver General Hospital …

CINCINNATI — Helicopter emergency medical services can be a life saver for patients needing immediate care. But, according to a University of Cincinnati study, the process of activating them often delays treatment beyond recommended times.
The st…

Procedural sedation and analgesia is an essential element of care for children requiring painful procedures in the emergency department. The practice of combining ketamine and propofol, two common medications used in emergency departments, has becom…

A compound developed by British scientists early in World War II as a treatment against chemical weapons has value against today’s threat of bioterrorism, according to Indiana University School of Medicine researchers at Indiana University-Purdue University Fort Wayne. Researchers studying British Anti-Lewisite provide an overview of its historical uses, development and clinical implications today of the heavy metal chelating agent, detailed in the March issue of the Annals of Emergency Medicine. BAL is a medical therapy to remove metal poisonings from the body.

A new study documents for the first time a significant difference in the way women and men describe their symptoms while they’re having a stroke. And that difference may be affecting how women receive emergency stroke treatment. On the whole, the study found, women were 62 percent more likely than men to say they were feeling sensations that aren’t on the list of “traditional” stroke symptoms. Because emergency responders and emergency room doctors often go by patients’ descriptions and the traditional symptom list when trying to diagnose and treat a suspected stroke, women’s symptoms may be overlooked during the precious hours when stroke therapies work best.