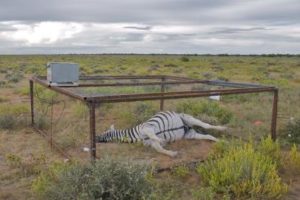 Democratic Sen. Patrick Leahy has urged the government to explore a possibile terrorist link to an outbreak of West Nile virus that has killed 54 people this year. “I think we have to ask ourselves: Is it coincidence that we’re seeing such an increase in West Nile virus or is that something that’s being tested as a biological weapon against us?” said Leahy, who chairs the Senate Judiciary Committee. Leahy’s office was one of several to receive anthrax-laden envelopes last year, the Associated Press reports. Leahy said he could point to no specific evidence that the outbreak of the mosquito-borne virus was linked to terrorism, and a spokesman for the Centers for Disease Control and Prevention said there is no evidence to suggest an act of bioterrorism. Nearly 1,300 people in the U.S. have so far contracted West Nile. “In the times in which we live, questions about our vulnerabilities are unavoidable,” the Vermont senator said in a written statement. “Finding all the answers we can is more important than ever.”

Nearly a year after an editor at American Media Inc. died from anthrax exposure, FBI officials said a new search of the contaminated ghost-like AMI building could find the source of the fatal spores and the person who unleashed them. The Miami Herald reports the search of the shuttered Boca Raton building will use new and different techniques than those employed in an initial search last fall. “Last year, we were in the building for a different reason,” the paper quotes Hector Pesquera, the FBI’s special agent in charge of the Miami division. “This investigation will be scientifically driven for a criminal investigation.” Last year’s investigation focused on mailrooms and areas surrounding the infected employees’ workstations. This time, scientists will search the entire three-story, 67,000-square-foot building. American Media publishes several tabloid newspapers, including The National Enquirer.