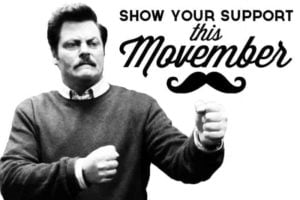 Depression in patients with diabetes is associated with a substantively increased risk of development of dementia compared to those with diabetes alone, according to researchers from the University of Washington a… Scientists have discovered an amazingly simple way that cells stabilize their machinery for forcing apart chromosomes. Their findings are reported Nov. 25 in Nature.
When a cell gets ready to split into new cells, this stable set-up permits …

SEATTLE — For the first time, researchers at Fred Hutchinson Cancer Research Center have identified and isolated adult mammary stem cells in mice. Long-term implications of this research may include the use of such cells to regenerate breast tissu…

Important disparities in breast-cancer diagnosis, treatment and survival among American women of various racial and ethnic backgrounds are documented in a new study by researchers in Seattle. The findings are based on the largest, most comprehensive study of its kind to evaluate the relationship between race/ethnicity and breast-cancer stage, treatment and survival. The study evaluated data from nearly 125,000 women representing all major racial/ethnic populations and subpopulations in the United States, the majority of which have only been tracked by national cancer registries since the late 1980s.