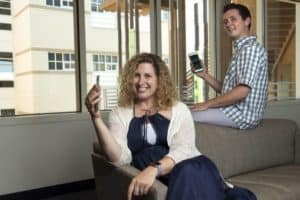 Researchers have discovered an important similarity in the causes of cell degeneration and death in diseases such as Alzheimer’s, Parkinson’s, Huntington’s, type II diabetes and CJD, suggesting that a single therapy could combat these different ailments. University of California at Irvine molecular biologists Charles Glabe and Rakez Kayed found that small toxic molecules believed to trigger cell damage in these diseases have a similar structure. The study, which appears in the April 18, 2003 issue of Science, implies that these molecules, called toxic soluble oligomers, share parallel functions, which makes them suitable targets for new drugs or vaccines that could halt progression of many degenerative diseases.

Boosting insulin with vitamins C and E may improve the drug’s effectiveness for treating diabetes. A UC Irvine College of Medicine study has found that the popular antioxidant supplements not only enhance insulin’s ability to reduce blood sugar, but also lower the risks of organ damage that can occur despite insulin treatments. The study appears in the January issue of Kidney International.

When Viagra was introduced in 1999, the drug’s manufacturer warned of a number of visual side effects, including possible nerve damage to the eyes. But a California study rules out some of these risks — even when the drug is taken in high doses. According to Dr. Tim McCulley, assistant professor of ophthalmology at the University of California at Irvine, blood flow in the eye does not seem to be reduced by even high doses of the popular erectile dysfunction drug. Since Viagra lowers blood pressure overall, there was persistent suspicion that the drug might cause decreased optical blood flow, which can cause nerve damage.