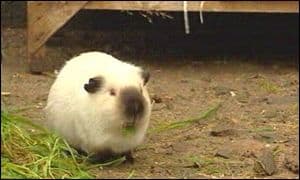 A study of home purchases during the real estate boom years in Chicago shows how one ethically murky – and sometimes illegal – tactic used to sell homes may have contributed to the housing crash.

The tactic was inflating the selling price of a home, but offering the buyer some incentive – often cash back – to accept the inflated price.  The buyer could then use the cash-back for a mortgage down payment or other purposes.

The study showed that between 2005 and 2008, up to 16 percent of home sales in Chicago where the buyer borrowed more than 95 percent for the purchase had inflated prices of up to 9 percent.

Many of these transactions occurred in low-income neighborhoods.  They helped people buy homes that they probably couldn’t have purchased otherwise, said Itzhak Ben-David, author of the study and assistant professor of finance at Ohio State University’s Fisher College of Business.

“Without these kinds of transactions, many buyers would have no means of buying a house, and sellers may not have been able to sell their houses,” Ben-David said.

“In many cases, it was a type of mortgage fraud.  There are worse types of fraud, but this is still fraud.”

Illegal fraud occurs when buyers and sellers transfer cash or other assets without notifying the lender.

The study appears in the July 2011 issue of the American Economic Journal: Applied Economics.

The results were bad for the homeowners, the neighborhoods where these transactions were common and sometimes for the investors who ended up with the mortgages, Ben-David said.

He found that highly leveraged home buyers – those who borrowed more than 80 percent of the home price – were up to 3.9 percent more likely to default on their loans in the first year alone if they engaged in one of these inflated-price deals.

In addition, neighborhoods where there was a higher fraction of these inflated transactions saw excessive price increases during the boom years and a sharper decline during the housing bust.

“Overall, this is a symptom of the housing bubble.  People were willing to borrow more than they can afford and these transactions helped them do it,” he said.

A study like this has never been done before, partly because it is examining underground, somewhat shady activities that aren’t part of any official record.  But Ben-David used clever detective work to identify these inflated home-price transactions.

Ben-David analyzed data on all home sales in Cook County, Illinois – which includes Chicago – from January 1995 until April 2008.  The final sample included more than 700,000 transactions.

In order to identify inflated transactions, Ben-David pored through a large database of property listings that includes text descriptions of the for-sale homes, written by sellers.  After interviewing real estate agents, loan officers, and appraisers, Ben-David came up with a list of about 150 phrases in the listing descriptions that suggest inflated transactions.  Ben-David calls them “seller hints.” Some actual examples of seller hints included “Let’s talk about cash back at closing!!!” and “$10,000 back with full price.”

How would these transactions work?  In one case Ben-David found, the seller wrote “$8,000 cash back to buyer at closing with full price offer.”  Ben-David said a cash transfer is likely to have taken place, because the property was sold for its full asking price, $80,000, and financed with an $80,000 mortgage.  The market value of the property is likely to be $72,000, so the buyer actually borrowed 111 percent of the value of the home.

Ben-David confirmed that houses sold with seller hints did indeed have inflated prices.  By examining repeat sales, he found that homes involved in these transactions had prices of 3 to 9 percent higher than other comparable home sales.

“Most of these buyers are not bad people.  They just wanted to buy a house and don’t realize that this type of transaction may be illegal.  They also don’t realize that by getting a mortgage that is worth more than the house they’re buying, they are overextending themselves and may not be able to keep up with payments,” Ben-David said.

In some cases, even the sellers may not have understood the nature of their transaction.  The findings suggested that many buyers, and sometimes sellers, may have been encouraged to participate by other people who had a stake in the deal, he said.  Transactions in which the seller offers to inflate the price occurred more often when the seller was a real estate agent, when a single real estate agent represented both the buyer and the seller, and when a mortgage broker arranged the financing.

These transactions did more than hurt individuals – they hurt entire neighborhoods, Ben-David said.

He found that in areas where the rate of inflated transactions was high in the past, prices increased more in subsequent periods and were more volatile.

“These inflated price transactions increased the general level of prices in the neighborhood so that, after the boom, when houses returned to their original values, the crash was more severe,” he said.

Mortgage lenders would also seem to be losers in these transactions, but they often turned a blind eye to what happened, according to Ben-David.

Many of the brokers ended up selling these mortgages anyway, and they ended up in the large mortgage-backed securities that were a hallmark of the housing bubble.

“Eventually, the final holder of the mortgage doesn’t know anything about what happened.”

These results suggest that artificially inflated housing prices were a significant issue in Chicago during the boom years, but Ben-David said it was probably even worse elsewhere.

“I would guess that in places like Phoenix or parts of Florida, where the housing bubble was the worst, artificially inflated housing prices probably caused even more trouble.”