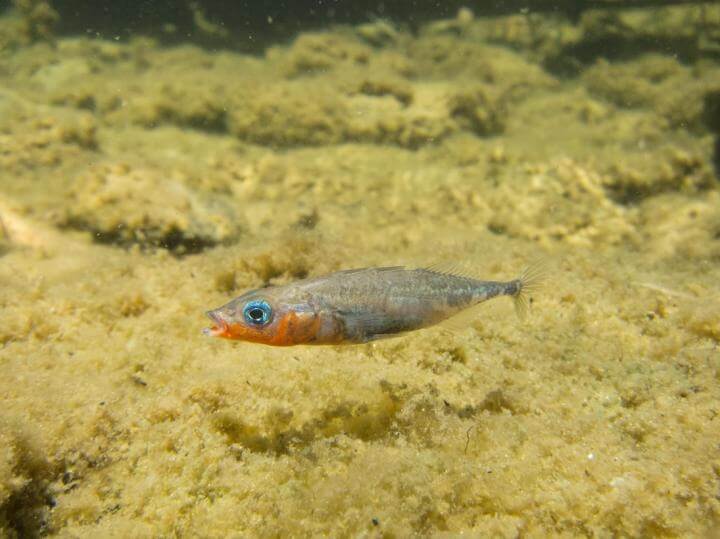 Stickleback fish are able to adapt their vision to new environments in less than 10,000 years, a blink of the eye in evolutionary terms, according to new research by University of British Columbia biodiversity experts.

“This is a very short time scale for large changes in colour vision to evolve,” says Diana Rennison, lead researcher on the study published in the Proceedings of the Royal Society B. “We’d typically expect species to adapt their vision over timespans in the millions of years.”

The researchers compared ocean-going sticklebacks’ sensitivity to different wavelengths of light to the vision of stickleback populations that moved to freshwater lakes at the end of the last ice age, 12,000 years ago.

While the ocean sticklebacks are more sensitive to blue and ultraviolet light, their fresh water cousins have already fine-tuned their vision to be more sensitive to the longer wavelengths of light — greens and oranges — more common in the murkier lakes.

Rennison and her colleagues also found that stickleback fish that lived in different light environments within lakes had further adapted their vision to match each habitat, meaning the adaptation might be even more rapid than 10,000 years.

“Differences in colour vision can alter how stickleback view their prey, predators and mates,” says Rennison. “Colour is hugely important in mate selection, so these shifts in vision could play an important role in the generation of new species.”

The fish adapted by altering the expression of their opsin genes, which encode the light-sensitive receptors on retinal rod and cone cells. The fish populations came from the Strait of Georgia, and lakes along British Columbia’s Sunshine Coast.