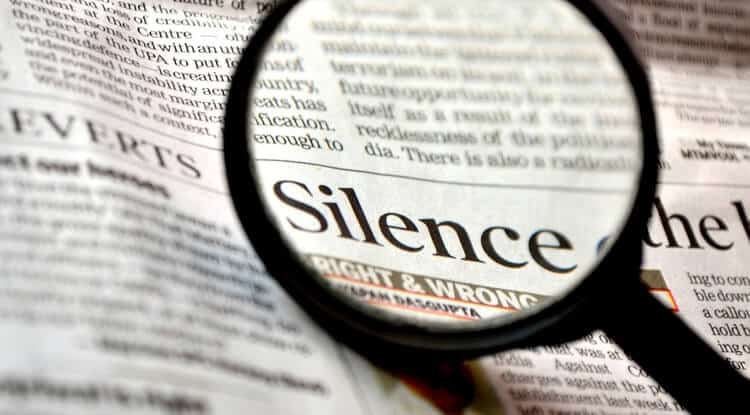 Most people would agree that silence can be a nice break from our noisy everyday world.

Most also would agree that silence provides little information to the brain — and that, in this regard, it is of little value. However, in studying sound and the perception of it, investigators have found the “sound of silence” can be meaningful and critically important.

Let’s explore one of the most common and yet important sounds in our daily lives: speech. Speech is composed of words, which are composed of various numbers of syllables. For example, “cat” has one syllable, “catastrophe” four.

Interestingly, these syllables can only be accurately perceived if there are sufficient silent gaps between them. If the syllables are too close to each other in time, they are not understood — and neither is the word they compose.

This is why people may say that someone is talking too fast and they can’t understand what is being said.

The silent gaps in speech often exist for a few milliseconds (1/1,000th of a second). Our auditory (hearing) systems must operate with extreme speed and accuracy for us to perceive these silent gaps. In the auditory areas of our brains, many nerve cells, called neurons, must work in concert to hear these silent gaps.

This precise coordination and speed of perhaps thousands of neurons in the auditory brain is truly amazing. Incredibly, this remarkable auditory activity essentially works tirelessly all day long, allowing us to hear speech and other sounds that are critical to understanding our acoustic environment.

Auditory scientists and clinicians understand the importance of perceiving silent gaps and have developed ways to measure what is called “gap detection.” As it turns out, gap detection is best measured by not using words or syllables, but by using bursts of noise or short tones, which can be controlled better than speech signals.

Recent research has shown that individuals with various kinds of hearing difficulties require longer-than-normal silent gap intervals to perceive them. Three clinical populations are of interest: One group is patients with nervous system involvement, another is children with learning problems and the third is the elderly.

When these populations are formally tested, they often show extended gap thresholds when compared to young, healthy adults. For example, individuals with auditory nervous system impairment may need twice as long a gap to be able to detect it.

Although more research is needed, one’s inability to detect silent gaps may be diagnostic for particular types of auditory dysfunction. Perhaps in the future, gap-detection tests may help direct the clinician as to whether the hearing difficulty resides in the ear or in the auditory region of the brain.

The measurement of gap-detection thresholds also may help in the rehabilitation of hearing difficulties, whether the approach be medical, non-medical auditory training or perhaps the use of special hearing devices.