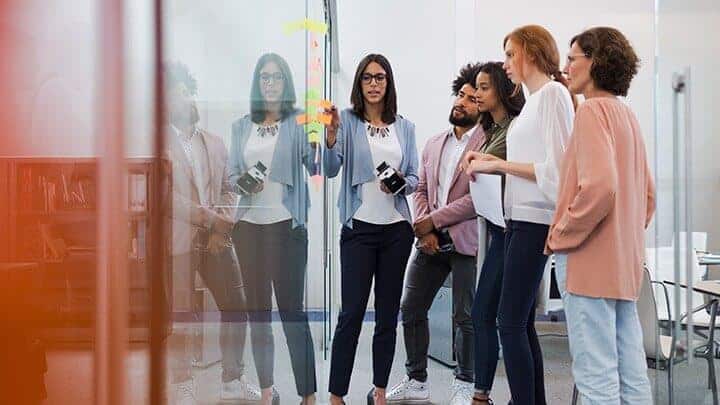 Sharing personal information with friends and family has long been held by researchers as a way to build rapport and healthy relationships. But between coworkers, that’s not always true.

That is at the center of new research conducted at Georgia Institute of Technology, where researchers looked into how personal disclosures in a workplace environment could impact the relationships between coworkers and task effectiveness.

In the study published in January in the journal Organizational Behavior and Human Decision Processes, the researchers found that for higher status individuals, disclosing a weakness negatively affected their relationship and task effectiveness with their lowers status partners.

“We may think that sharing personal information is always a good thing, but what we found is that when higher status individuals, which could in real situations include star employees, share personal information that highlights a potential shortcoming, it can affect the way they are perceived by coworkers,” said Dana Harari, a doctoral student at Georgia Tech’s Scheller College of Business. “This is important because it could undermine their ability to be an effective manager.”

The researchers devised three laboratory experiments during which a total of 762 participants completed virtual tasks with either a higher status or peer status partner. During the task, the “coworker,” who was actually a confederate in the study, disclosed personal information that could be perceived either as a weakness, a positive or neutral.

“A lot of the current conversations that we hear about leadership is that we want leaders to be authentic and to bring their true selves to work, but our findings suggest that if doing so reveals vulnerability initially such as sharing their flaws, it could have a negative impact on how well they’ll be able to influence the people that they work with,” Harari said.

The findings are particularly notable because in organizations, higher status individuals may be motivated to disclose information about their weaknesses to coworkers in the hopes of developing a closer relationship and working better together as a result, the researchers wrote. Or, in some cases, the disclosing individual may hope to relieve the stress of trying to conceal weaknesses.

But that “status loss” could lead to unintended outcomes, such as the discloser having less influence and experiencing more conflict within their team, the researchers wrote.

“It is especially interesting that although self-disclosing weakness signaled vulnerability for everyone, only higher status disclosers suffered from this ‘status penalty,’” Harari said. “Thus, although higher status disclosers may feel closer to their coworkers after disclosing information themselves, they may not realize that the receiver may not feel closer to them.”