Everywhere you look, people are looking at screens.

In the decade since smartphones have become ubiquitous, we now have a feeling almost as common as the smartphones themselves: being sucked into that black hole of staring at those specific apps — you know which ones they are — and then a half an hour has gone by before you realize it.

Researchers at the University of Washington conducted in-depth interviews to learn why we compulsively check our phones. They found a series of triggers, common across age groups, that start and end habitual smartphone use. The team also explored user-generated solutions to end undesirable phone use. The results will be presented May 7 at the 2019 ACM CHI conference on Human Factors in Computing Systems in Glasgow, Scotland.

“For a couple of years I’ve been looking at people’s experiences with smartphones and listening to them talk about their frustration with the way they engage with their phones,” said co-author Alexis Hiniker, an assistant professor at the UW’s Information School. “But on the flip side, when we ask people what they find meaningful about their phone use, nobody says, ‘Oh, nothing.’ Everyone can point to experiences with their phone that have personal and persistent meaning.

“That is very motivating for me. The solution is not to get rid of this technology; it provides enormous value. So the question is: How do we support that value without bringing along all the baggage?” 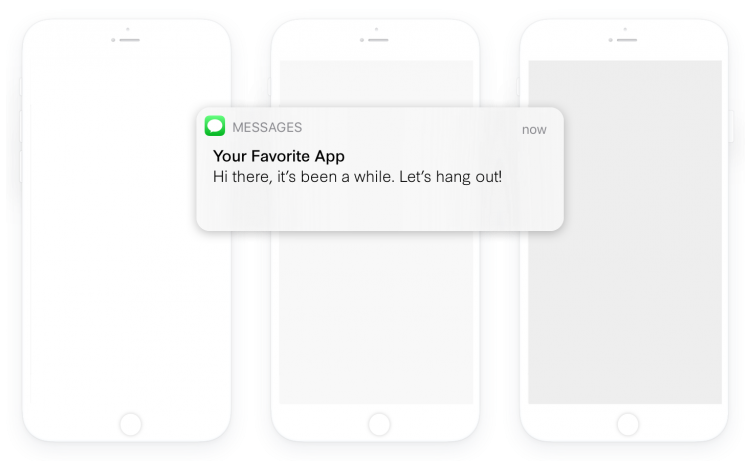 Hiniker and her team interviewed three groups of smartphone users: high school students, college students and adults who have graduated from college. The 39 subjects were smartphone users in the Seattle area between the ages of 14 and 64. Interviews started with background questions and a “think aloud” demonstration in which participants walked through the apps on their phone. Interviewers would then ask more in-depth questions about the apps participants pointed out as most likely to lead to compulsive behavior.

“We were hoping to get a holistic view into the behaviors of the participants,” said first author Jonathan Tran, a UW undergraduate studying human centered design and engineering.

In general, interviewees had four common triggers for starting to compulsively use their phones:

The group also had common triggers that ended their compulsive phone use:

The team was surprised to find that the triggers were the same across age groups. 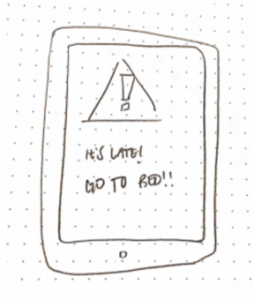 The researchers asked participants to draw an idea for how the phone could help them end undesirable phone use. Shown here is one participant’s suggestion.University of Washington

The researchers asked participants to identify something about their behavior they would like to change and then draw an idea on paper for how the phone could help them achieve it.

“Many of the participants sketched ‘lockout’ mechanisms, where the phone would essentially prevent them from using it for a certain period of time,” Tran said. “But participants mentioned how although they feel bad about their behavior, they didn’t really feel bad enough to utilize their sketched solutions. There was some ambivalence.”

To the team, this finding pointed to a more nuanced idea behind people’s relationships to their phones.

“If the phone weren’t valuable at all, then sure, the lockout mechanism would work great. We could just stop having phones, and the problem would be solved,” Hiniker said. “But that’s not really the case.”

Instead, the researchers saw that participants found meaning in a diverse set of experiences, particularly when apps let them connect to the real world. One participant talked about how a meme generator helped her interact with her sister because they meme tagged each other all the time. Another participant mentioned that the Kindle app let her connect with her father who was reading the same books.

“People describe it as an economic calculation,” Hiniker said. “Like, ‘How much time do I spend with this app and how much of that time is actually invested in something lasting that transcends this specific moment of use?’ Some experiences promote a lot of compulsive use, and that dilutes the time people spend on activities that are meaningful.”

When it comes to designing the next wave of smartphones, Hiniker recommends that designers shift away from system-wide lockout mechanisms. Instead, apps should let users be in control of their own engagement. And people should decide whether an app is worth their time.

“People have a pretty good sense of what matters to them.” Hiniker said. “They can try to tailor what’s on their phone to support the things that they find meaningful.”

Additional co-authors are Katherine Yang, a UW undergraduate studying human centered design and engineering, and Katie Davis, a professor in the UW’s iSchool.