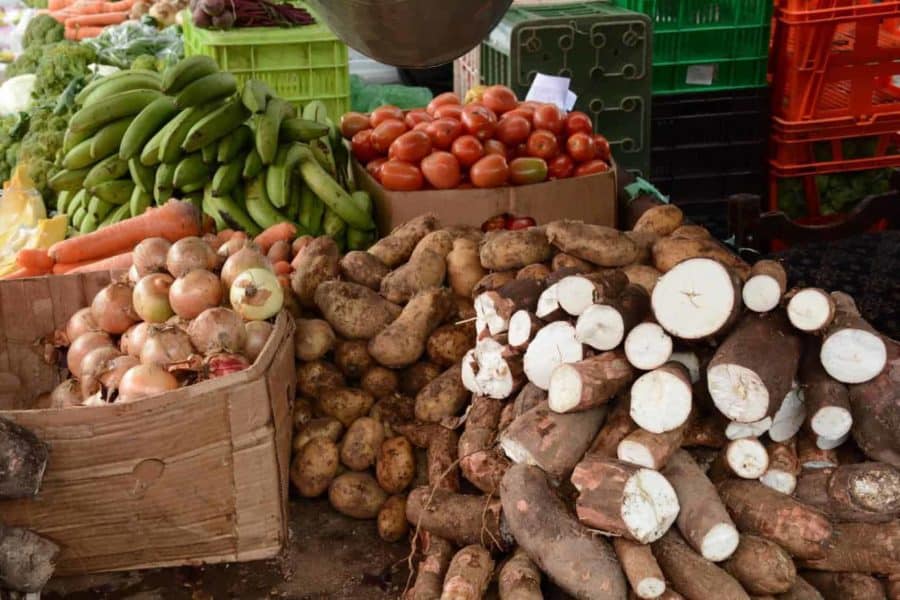 Agriculture and the food system have long been challenging subjects for climate negotiators at the United Nations’ annual gathering to advance the global agenda on climate change. Issues related to mitigation, fiscal responsibility, subsidies, food sovereignty, cultural identity and national agriculture-based economies have long made the topics taboo, says Ana María Loboguerrero, the head of Global Policy Research of the CGIAR Research Program on Climate Change, Agriculture and Food Security (CCAFS), led by the International Center for Tropical Agriculture (CIAT).

“If you think about the two-degree increase, efforts need to go beyond the agricultural sector,” said Loboguerrero. “This means reducing emissions by stopping deforestation, decreasing food loss and waste, reducing supply chain emissions, and rethinking human diets, if we really want to get on track to that target.”

The review found that adoption of emission-reducing practices in agriculture is slow. Even under the most optimistic uptake scenarios, studies have shown that by 2030 these practices will only contribute 21-40 percent of a one-gigaton reduction in carbon dioxide (CO2) emissions, which would be about 1 percent of current annual CO2 emissions. On the other hand, food waste reduction presents such an important opportunity for reducing emissions intensity. Across regions, agricultural production wastes about one-third of food in the production stage. In rich countries, most of the loss comes in the consumption stage.

“Food loss and waste is a big opportunity,” Loboguerrero said. “Addressing this issue can reduce emissions intensity, potentially improve global nutrition and boost the bottom line for smallholders, who are hardest hit by losses on the farm.”

Another challenge in bringing down emissions from agriculture is the projected growth of meat and dairy production. By 2000, the sector contributed an estimated 18 percent of all human-caused greenhouse gas emissions, when accounting for related deforestation and land-use change as well. Given current trends in population growth and meat consumption, the sector could account for about a quarter of all emissions by 2050.

“Reducing meat and dairy emissions needs to be a priority,” said Lini Wollenberg, Flagship Leader of CCAFS’ low-emissions development research. “And the good news is that we have lots of options in the pipeline, ranging from low-emissions cattle to meat alternatives. We need more research and development to make some of these options a reality.”

Planned migration and other hard discussions

The review analyzes some 160 papers across global agriculture and food systems, but focuses primarily on smallholder farming and food supply chains, which sustain as many as 2.5 billion people. Small holders contribute about one-third of global agriculture emissions (or about 3-4 percent of the global total) but smallholders are disproportionately exposed to climate risk.

Many farmers can adapt, provided access to the proper tools. These include technology that can help increase smallholders’ access to climate information and markets, insurance schemes that can reduce risk of crop loss, government support including social safety nets, and the implementation of climate-smart agriculture (which seeks to increase smallholder productivity, help farms adapt to climate change and reduce their contribution to climate change).

But desertification, sea-level rise, soil degradation, and other inevitable changes have placed hundreds of millions of people on an irreversible track to migration, even if rapid global action is taken on climate.

“There are some farmers that shouldn’t do agriculture at all due to already precarious conditions that do not allow them to ensure a meaningful livelihood, and with climate change, it is going to make it worse,” Loboguerrero said. “If that migration is going to happen anyway, then policymakers and planners need to really start thinking about this and how they can work with these migrants to help them find better livelihoods where they migrate.”

Back at the negotiation table, Loboguerrero says adaptation – learning to cope with the problem – is a far easier sell than mitigation – reducing emissions – which is often seen as constraining farming options and increasing costs. This is the case for some economies that depend heavily on agriculture. In the long term however, the costs of adaptation will possibly be larger, and reducing emissions now will help reduce the need to adapt.

“There is a lot of tension and you can see it when you go into the negotiations. Some countries don’t even want to begin discussions on the mitigation side of things,” Loboguerrero said. “Adaptation is something that everyone, however, agrees is necessary. Everyone is keen on discussing adaptation. Some adaptation measures have the co-benefit for mitigation. It’s like an entrance to discussing some things at some points that are a little bit taboo in the negotiations.”