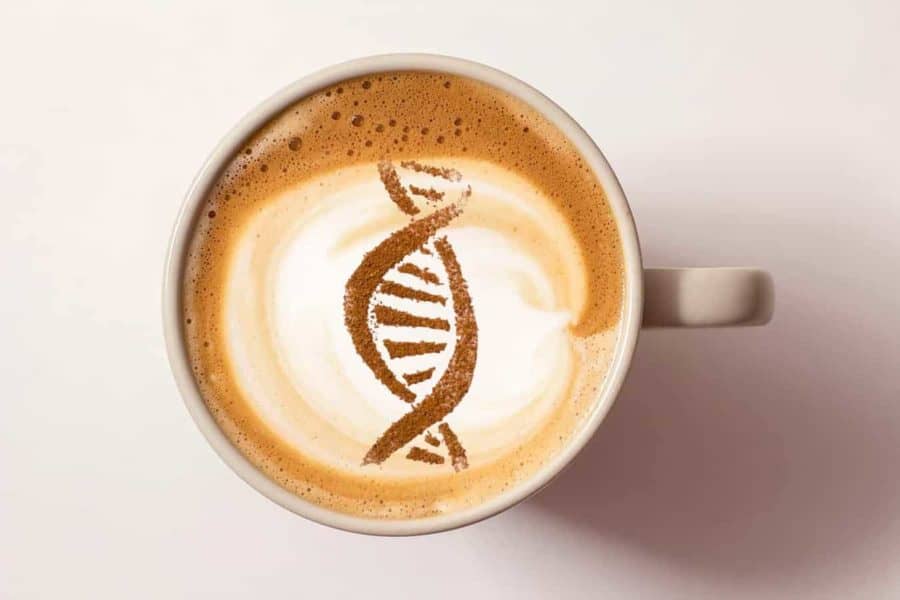 Why do some people feel like they need three cups of coffee just to get through the day when others are happy with only one? Why do some people abstain entirely? New research suggests that our intake of coffee – the most popular beverage in America, above bottled water, sodas, tea, and beer – is affected by a positive feedback loop between genetics and the environment.

This phenomenon, known as “quantile-specific heritability,” is also associated with cholesterol levels and body weight, and is thought to play a role in other human physiological and behavioral traits that defy simple explanation.

“It appears that environmental factors sort of set the groundwork in which your genes start to have an effect,” said Paul Williams, a statistician at Lawrence Berkeley National Laboratory (Berkeley Lab). “So, if your surroundings predispose you to drinking more coffee – like your coworkers or spouse drink a lot, or you live in an area with a lot of cafes – then the genes you possess that predispose you to like coffee will have a bigger impact. These two effects are synergistic.”

Williams’ findings, published in the journal Behavioral Genetics, came from an analysis of 4,788 child–parent pairs and 2,380 siblings from the Framingham Study – a famous, ongoing study launched by the National Institutes of Health in 1948 to investigate how lifestyle and genetics affect rates of cardiovascular disease. Participants, who are all related to an original group from Framingham, Massachusetts, submit detailed information about diet, exercise, medication use, and medical history every three to five years. Data from the study have been used in thousands of investigations into many facets of human health.

A dose of statistics

Williams used a statistical approach called quantile regression to calculate what proportion of participants’ coffee drinking could be explained by genetics – as the study follows families – and what must be influenced by external factors. Past research shows that the most significant environmental factors influencing coffee drinking are culture and geographic location, age, sex, and whether or not one smokes tobacco; with older male smokers of European ancestry drinking the most, overall.

The analysis indicated that between 36% and 58% of coffee intake is genetically determined (although the exact causative genes remain unknown). However, confirming Williams’ hypothesis that coffee drinking is a quantile-specific trait, the correlation between a parent’s coffee drinking and an offspring’s coffee drinking got increasingly stronger for each offspring’s coffee consumption quantile, or bracket (for example, zero cups per day, one to two cups, two to four cups, and five or more cups).

“When we started to decode the human genome, we thought we’d be able to read the DNA and understand how genes translate into behavior, medical conditions, and such. But that’s not the way it’s worked out,” said Williams, who is a staff scientist in Berkeley Lab’s Molecular Biophysics & Integrated Bioimaging (MBIB) Division. “For many traits, like coffee drinking, we know that they have a strong genetic component – we’ve known coffee drinking runs in families since the 1960s. But, when we actually start looking at the DNA itself, we usually find a very small percentage of the traits’ variation can be attributed to genes alone.”

The traditional assumption in genetic research has been that one’s surroundings and lifestyle alter gene expression levels in consistent and measurable ways, ultimately creating the outward manifestation – called a phenotype – of a trait. Williams’ statistics work shows that the situation is more complex, which helps explain the diversity of traits we see in the real world.

Next, Williams plans to assess whether quantile-specific heritability plays a role in alcohol consumption and pulmonary function. “This is a whole new area of exploration that is just now opening up,” he said. “I think it will change, in a very fundamental way, how we think genes influence a person’s traits.”

This research was funded by a grant from the National Institute of Environmental Health Sciences and a gift from HOKA ONE ONE. The Framingham Study Data were made available through the Biologic Specimen and Data Repository Information Coordinating Center of the National Heart, Lung, and Blood Institute.