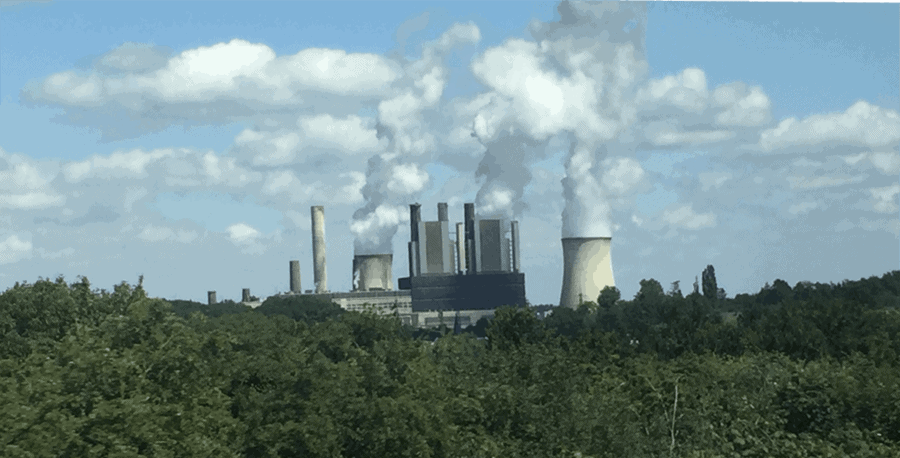 Studies on electrochemical CO2 conversion systems which can be used to obtain useful chemicals through conventional petrochemical processes while eliminating CO2, without polluting the environment, are essential for creating a carbon-neutral society. While significant progress has been made through a number of relevant studies, thus far, they have only been laboratory-scale in size. In fact, there are still many roadblocks to industrial application, such as the scaling up and development of suitable catalysts and electrodes.

The Korea Institute of Science and Technology (KIST), announced that a research team of Clean Energy Research Center, led by Dr. Hyung-Suk Oh, Dr. Yoon-Jung Hwang, and Dr. Woong-Hui Lee, has developed a sea urchin-shaped nano copper catalyst for a high-efficiency electrochemical CO2 conversion system that yields ethylene and ethanol, as well as a related system for mass production of the catalyst. 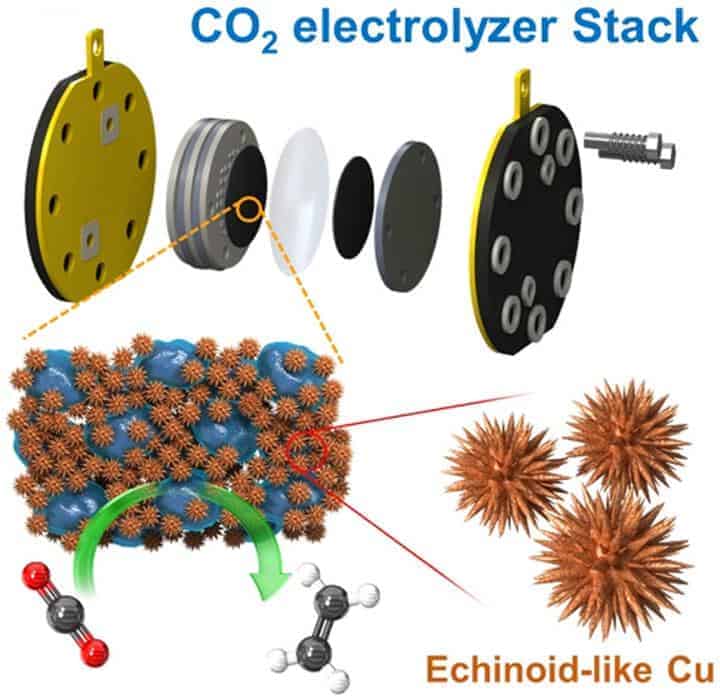 The urchin-shaped catalyst developed by the research team at KIST is capable of producing large quantities of ethylene, a petroleum-based substance used to manufacture various everyday products, including plastics, synthetic rubber, and construction materials. The catalyst features an array of irregularly-shaped needles and is similar in appearance to a sea urchin. This unique design enables increased catalytic activity by way of the sharp needle tips. Use of this catalyst conferred higher selective ethylene production at a lower voltage than conventional copper catalysts, improving the yield of ethylene by over 50%. Moreover, the establishment of a mass production system through the stacking of multiple layers of CO2 conversion cells confirms the potential for commercialization of the catalyst.

The research team performed various real-time (in-situ/operando) analyses to observe the chemical properties of the catalyst during reactions. Their results confirmed that carbon dioxide conversion efficiency increased as a result of the higher copper hydroxide and copper oxide content due to the alkaline substances which had been added to the team’s catalyst. Based on their findings, it was identified that increasing the proportion of copper hydroxide and copper oxide during reactions is key to increasing the efficiency of ethylene production, which presented direction for designing the catalyst in future studies.

Dr. Hyung-Suk Oh of KIST stated that “this study has enabled us to significantly enhance the performance and scale of electrochemical CO2 conversion systems through the development of a sea urchin-shaped nano copper catalyst with added alkaline substances for large surface area conversion applications, which also presented direction for future research and development.” He also mentioned that “the findings of this study are expected to make a substantial contribution to the commercialization of an electrochemical carbon dioxide conversion system.”