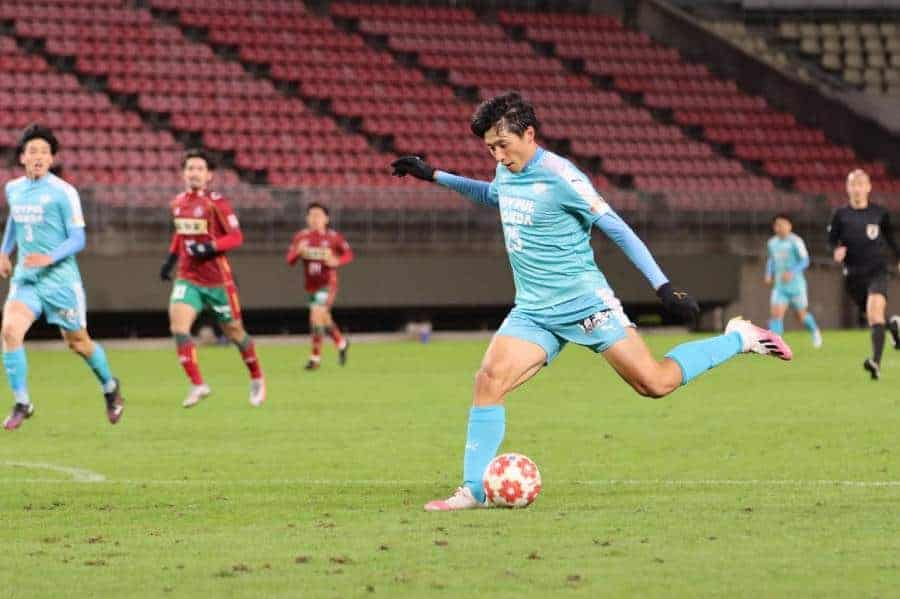 Scientists from the Faculty of Health and Sports Sciences at the University of Tsukuba used aerodynamics experiments to empirically test the flight properties of a new four-panel soccer ball adopted by the English Premier League this year. Based on projectile and wind-tunnel data, they computed the drag and side forces and found that the new ball was marginally more stable than previous versions but may not fly as far. This work may help improve the design of future sports equipment.

Sports players know that millions of dollars in salary and potential endorsement deals can be at stake during each match. Soccer players often complain about the aerodynamic properties of the ball because a random flutter in flight can turn a harmless shot into a goal. Old-school soccer balls have 32 panels, with a mix of hexagons and pentagons. More recently, top soccer leagues have experimented with 6-panel versions with strips similar to a volleyball. For the new season, the English Premier League has introduced the Flight 2020 Soccer Ball by Nike, which is advertised as having molded grooves that provide consistent flight.

Now, researchers at Tsukuba University have tested these claims with wind tunnel experiments. They measured the drag coefficient for the ball, along with two previous models, as a function of the Reynolds number. The Reynolds number, an important parameter in fluid dynamics, controls the transition from smooth to turbulent flow. According to author Professor Takeshi Asai, “at low Reynolds numbers, smooth flow occurs, because viscosity can damp out turbulence. At high Reynolds numbers, chaotic air vortices can lead to unstable and unpredictable flight patterns.”

The team found increased drag at high Reynolds numbers for the new ball. This led to reduced flight range but may have also reduced lateral forces that can destabilize the trajectory. This was especially true in the “asymmetric” orientation of the ball, when one of the grooves was facing forward. “The smaller fluctuations in the side and lift forces of the Flight 2020 indicates that it is less likely to experience irregular changes in trajectory, thereby possibly leading to greater stability during flight,” says Professor Asai.

The team partially attributed this tradeoff in stability at the expense of range to increased surface roughness. This finding may be useful for designing other sports equipment to increase the importance of skill and reduce the impact of luck.