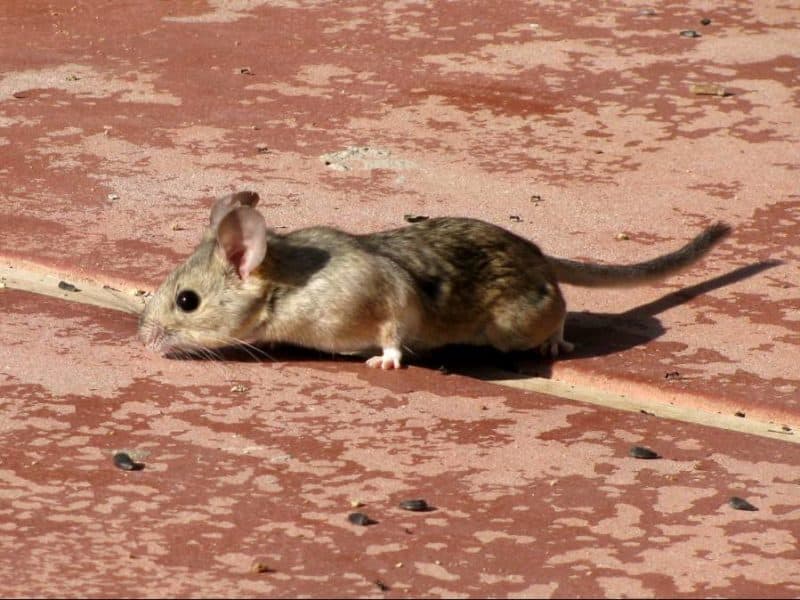 For many years, scientists have been extracting DNA from the bones of ancient humans, humanoids and animals to paint a picture of evolution and species movement. Despite what’s been portrayed in the movie “Jurassic Park” – in which dinosaurs are resurrected based on preserved ancient DNA (aDNA) – scientists have had little success extracting genetic material from the preserved remains of insects.

Insects leave scant DNA behind, and little of it is preserved over thousands of years. However, a Purdue University scientist has developed a novel way to use extraction methods previously reserved for ancient vertebrate DNA to isolate and amplify insect aDNA, thanks to the urine-caked nests of ancient desert pack rats.

The technique is giving scientists their first glimpses of the genetic makeup of insects from more than 34,000 years ago.

“Ancient DNA as a field has mostly been used for hominids, humans and their close relatives, and to a fair degree for vertebrates, but not for insects,” said Aaron Smith, an assistant professor of entomology and lead author on a paper describing the work in the journal Scientific Reports. “In just the last few years, some papers have described identifying insect DNA through metagenomics, examining all the DNA in a sample without being specific. But we’ve been able to go deeper and identify ancient insects to the species level based on their DNA.”

The reason so much ancient DNA work focuses on vertebrates is because they have bones that seem to protect DNA for longer periods and can be found and analyzed. Insects are much smaller and often only leave behind fragments of their exoskeletons, and few insect remains from thousands of years ago have survived intact well enough to draw genetic material from or identify.

Smith, who studies mostly desert insects, realized that ancient pack rat nests, called middens, could contain insect remains suitable for DNA sequencing. Pack rats pull materials together for nests and then urinate on them. The urine crystallizes, protecting the nest. Over time, the nest passes on to other rats who do the same, and the nest becomes solid, trapping insects and other materials in a type of time capsule.

“Eventually the center has accreted enough to be as hard as asphalt,” Smith said. “We can radio-carbon date these accurately back to 50,000 years and see what plants and insects were in a specific area at a specific time.”

Smith was able to identify several Asidini (darkling beetles) and draw DNA from samples gathered at Joshua Tree National Park in California. The DNA, preserved enough to recover the mitochondrial genome, was compared with genomes of modern and museum beetle specimens to confirm the species.

The beetles Smith’s team used date back approximately 1,600, 2,000, 8,400 and 34,400 years ago. Comparing the DNA sequences of the beetles at different times can tell scientists about species distribution for an area at a particular time and the traits the beetles evolved at those times.

“Now we can open up the field of paleobiology to include insects,” Smith said. “I’m interested in what these insects can tell us about changes in climate for these areas. Being able to look at the past distribution of a species and where it occurred over thousands of years is a powerful tool to have at our disposal.”

The study of ancient DNA is revolutionizing our understanding of paleo-ecology and the evolutionary history of species. Insects are essential components in many ecosystems and constitute the most diverse group of animals. Yet they are largely neglected in ancient DNA studies. We report the results of the first targeted investigation of insect ancient DNA to positively identify subfossil insects to species, which includes the recovery of endogenous content from samples as old as ~34,355 ybp. Potential inhibitors currently limiting widespread research on insect ancient DNA are discussed, including the lack of closely related genomic reference sequences (decreased mapping efficiency) and the need for more extensive collaborations with insect taxonomists. The advantages of insect-based studies are also highlighted, especially in the context of understanding past climate change. In this regard, insect remains from ancient pack rat middens are a rich and largely uninvestigated resource for exploring paleo-ecology and species dynamics over time.