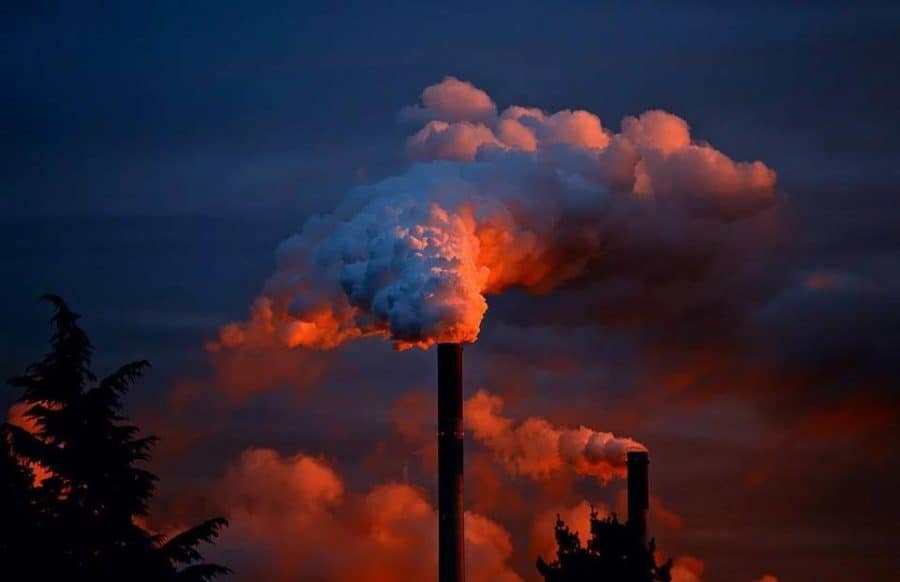 Previous reports have linked long-term air pollution exposure with accumulation of Alzheimer’s disease-related brain plaques, but this is the first accumulated evidence that reducing pollution, especially fine particulates in the air and pollutants from the burning of fuel, is associated with lower risk of all-cause dementia and Alzheimer’s disease.

Both increasing levels of air pollution and increasing cases of dementia are worldwide public health crises. While research has linked air quality and cognition previously, these new data at AAIC 2021 explore how air pollutants might impact dementia and what reducing them might mean for long-term brain health. Among the key findings are:

“We’ve known for some time that air pollution is bad for our brains and overall health, including a connection to amyloid buildup in the brain,” said Claire Sexton, DPhil, Alzheimer’s Association director of scientific programs and outreach. “But what’s exciting is we’re now seeing data showing that improving air quality may actually reduce the risk of dementia. These data demonstrate the importance of policies and action by federal and local governments, and businesses, that address reducing air pollutants.”

Although studies have found that improved air quality is associated with better respiratory health and longer life expectancy, it’s unknown if improved air quality can also improve brain health. To investigate this further, Xinhui Wang, Ph.D., assistant professor of research neurology at University of Southern California, and colleagues investigated whether older women living in locations with greater reduction in air pollution may have slower decline in their cognitive function and be less likely to develop dementia.

Wang and team looked at a group of older women (aged 74-92) in the U.S. from the National Institutes of Health-funded Women’s Health Initiative Memory Study-Epidemiology of Cognitive Health Outcomes (WHIMS-ECHO) who did not have dementia at the beginning of the study. Participants were followed from 2008-2018 and detailed cognitive function tests were done every year to determine whether they developed dementia. Participants’ home addresses were noted and mathematical models were used to estimate the air pollution levels at these locations over time.

The researchers found that, in general, air quality greatly improved over the 10 years before the study began. During a median of six years of follow-up, cognitive functions tended to decline as women aged, as expected. However, for those living in locations with greater reduction per 10% of the EPA’s current standard in both PM2.5 (fine particles that are 30 times thinner than a human hair) and NO2 (indicator of traffic-related pollutants), their risk of dementia decreased by 14% and 26%. This was similar to the lower level of risk seen in women two to three years younger.

Benefits were also seen for slower decline in overall cognitive function and memory, similar to women one to two years younger, and on specific tests of working memory, episodic memory and attention/executive function — cognitive domains with early decline detectable in dementia at the preclinical stage. These benefits were seen regardless of age, level of education, the geographic region where they lived and whether they had cardiovascular disease.

“Our findings are important because they strengthen the evidence that high levels of outdoor air pollution in later life harm our brains, and also provide new evidence that by improving air quality we may be able to significantly reduce risk of cognitive decline and dementia,” Wang said. “The possible benefits found in our studies extended across a variety of cognitive abilities, suggesting a positive impact on multiple underlying brain regions.”

In a similarly structured study, Noemie Letellier, Ph.D., postdoctoral scholar at University of California, San Diego, and colleagues worked with the French Three-City Study, a large cohort of more than 7,000 participants aged 65 or older, to investigate the links between air pollution exposure and dementia risk. The researchers observed reduction of PM2.5 concentration between 1990-2000, which was associated with a 15% reduced risk of all-cause dementia and a 17% reduced risk of Alzheimer’s disease for every microgram of gaseous pollutant per cubic meter of air (μg/m3) decrease in PM2.5, independent of socio-demographic and health behaviors factors, and APOE genotype.

“These data, for the first time, highlight the beneficial effects of reduced air pollution on the incidence of dementia in older adults.” Letellier said. “The findings have important implications to reinforce air quality standards to promote healthy aging. In the context of climate change, massive urbanization and worldwide population aging, it is crucial to accurately evaluate the influence of air pollution change on incident dementia to identify and recommend effective prevention strategies.”

Accumulation of beta amyloid plaques is one of the hallmarks of Alzheimer’s disease. While a relationship between air pollution and increased beta amyloid production has been found in animal and human studies, relatively little is known about the effects of long-term exposure to air pollution on beta amyloid.

Christina Park, doctoral student in the Department of Epidemiology at University of Washington, and colleagues examined associations between exposure to air pollutant levels of fine particulate matter (PM2.5), larger particles (PM10) and nitrogen dioxide (NO2), and levels of Aβ1-40 (one of the major protein components of plaques) in more than 3,000 individuals who were dementia-free at the beginning of the Ginkgo Evaluation of Memory Study. The study evaluated and averaged air pollution levels at participant residential addresses for time periods up to 20 years prior to taking blood tests to measure individuals’ beta amyloid.

People who were in the study longer (eight years) showed a strong link between all three air pollutants and Aβ1-40. These are some of the first human data suggesting long-term exposure to air pollutants is associated with higher Aβ1-40 levels in the blood.