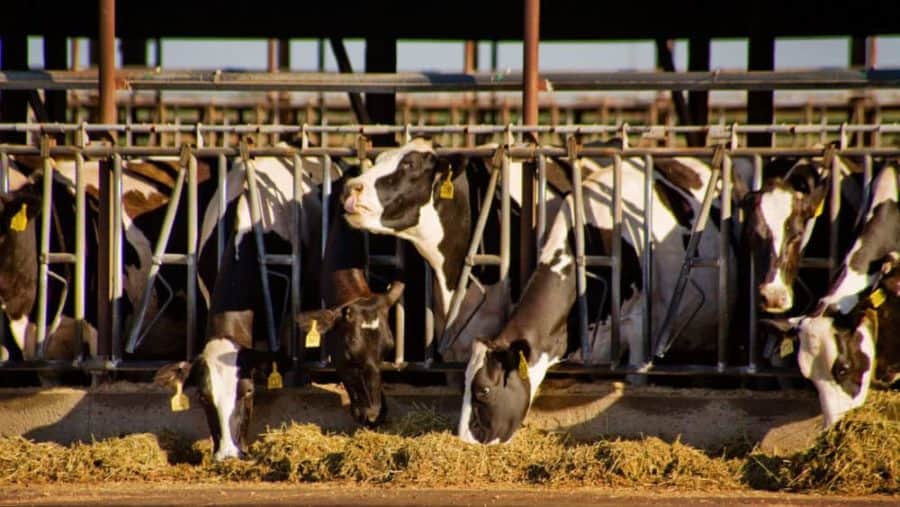 The Nuffield Council on Bioethics is calling on the Government to put animal welfare at the heart of plans to approve new breeding technologies in farming and food production, in a new report ‘Genome editing and farmed animal breeding: social and ethical issues’, published today.

The Nuffield Council on Bioethics recognises that genome editing could bring real benefits to farming, but there is also potential for it to be used towards accelerating some unethical animal breeding practices. It says there is a need for urgent public dialogue and strong regulation to guide the development of this technology.

Genome editing is the precise, targeted alteration of a DNA sequence in a living cell, to alter the function of a gene. In the breeding of farmed animals such as chickens, pigs, and cows the use of genome editing techniques could give farmers and breeders an opportunity to exercise more control over the genetic traits of future generations of animals.

For example, it could be used to make animals that are resistant to viruses that cause devastating disease outbreaks such as the pig disease Porcine Reproductive and Respiratory Syndrome (PRRS). This could save the lives of many thousands of pigs each year and bring substantial economic benefits for farmers.

However, there are some potential pitfalls that need to be avoided – for example, reduction in the risk from disease should not be used as a reason to increase the scale and intensity of farming systems or to pay less regard to animals’ needs for appropriate care.

Genome editing techniques are not currently being used in the breeding of animals that are sold for food, but research in this area is well advanced. Several research groups have successfully demonstrated the use of the techniques to make functional changes to animals’ genomes, without any adverse effects.

The UK Government has recently stated its intention to relax regulation for animals bred using genome editing techniques. The proposed changes only apply in England and would require new legislation to come into effect.

The Nuffield Council’s report says before any changes in regulation are introduced, the Government should conduct a full policy review, including conversations with the public, in order to develop a clear plan for how this technology will be used ethically in our future food and farming systems.

The report makes several recommendations to the UK Government and others involved in livestock farming and food production, including:

Investment in public dialogue to understand public values and concerns before any regulatory change to permit the sale of genome edited food happens.
Action to develop enhanced welfare standards and clear guidance on responsible breeding, with appropriate oversight.
Financial incentives for farmers and breeders to encourage ethical breeding practices that will drive up standards of animal welfare.
Food retailers to commit to only sell meat from animals that are bred responsibly.
Professor John Dupré, Chair of the Nuffield Council on Bioethics’ working group and Professor of Philosophy at the University of Exeter, said:

“The potential of genome editing offers a new approach to bring about genetic changes in farmed animals much more quickly than is currently possible through selective breeding.

Whilst some applications of genome editing – such as disease resistance – sound great for animals in theory, if they were to lead to further intensification of farming then that may well be harmful to the quality of animals’ lives in other ways.

Under no circumstances should new breeding technologies be brought in to perpetuate unsustainable food and farming systems. Now is the moment to act to prevent this.”

Danielle Hamm, Director of the Nuffield Council on Bioethics, said:

“It may not be long before genome edited meat ends up in the supermarkets and on people’s plates.

Our report shows that the public generally seem more concerned about how and why new breeding technologies will be used than the nature and safety of the techniques – it is not what is done, but why it is done, that matters most to them.

The public recognise that our food and farming systems need to change, and it is clear they will not tolerate the introduction of any new technology that takes us further away from high welfare, sustainable farming.

Before any regulatory changes are made, the Government should be making it a priority to speak with the public to help develop a clear plan for the ethical use of this technology.”