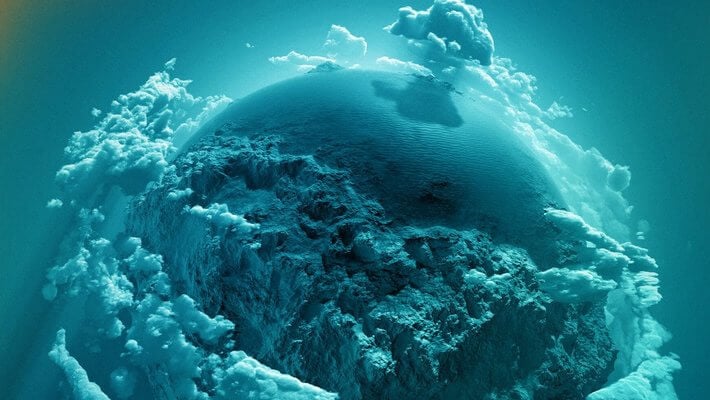 To explore and predict how the climate will change, researchers create computer models of the real world. These mathematical models are based on the laws of physics and chemistry, which explain how water and air move, heat up, and cool in the atmosphere and ocean, how pollutants react in the atmosphere, and how sunlight and infrared radiation interact with molecules.

Models also integrate measurements of the sun’s radiation and of Earth’s atmosphere, seas, ice, volcanos, and land biosphere. They are driven by data and future scenarios about humanity’s output of carbon dioxide and of pollutants that affect the climate.

Models agree that the climate is changing because of human activity and that the average global temperature and the sea level will continue to rise. They also agree that weather patterns will change. Some of their specific predictions differ, primarily because each model includes different ways to model uncertain factors such as clouds.

In the video below, Caltech’s Tapio Schneider, Andrew Stuart, and Anna Jaruga talk about why increased precision is an urgent goal for climate models.

Schneider and Stuart are co-founders of the Climate Modeling Alliance (CliMA). Schneider is Caltech’s Theodore Y. Wu Professor of Environmental Science and Engineering. He is also a senior research scientist at the Jet Propulsion Laboratory (JPL), which Caltech manages on behalf of NASA. Stuart is Bren Professor of Computing and Mathematical Sciences. Jaruga is a Caltech research scientist focused on clouds.

How do weather forecasts differ from climate predictions?

Weather forecasts have a time horizon of about 10 days, while climate models are made to predict what will happen 10 years or even 100 years from now. The physics of climate modeling is similar to weather forecasting, but the questions are different. Weather forecasts project daily high and low temperatures, how much rain or snow may fall, and how fast the wind will blow in a specific place and time.

Climate models look at the bigger picture. They ask, for the planet and individual regions, how will average conditions change? How much rain or snow is expected to fall in a future year? How will high and low temperatures and the presence of clouds differ from what we are used to now? Where will the ocean’s high tides reach? What kinds of extremes—hurricanes, monsoons, winter storms, floods, droughts, wildfires—should we be ready for?

The use of data to improve computer models of weather forecasts over the last 50 years is a success story in science. Now, researchers aim for the same level of success in projections of the future climate.

How do researchers test climate models?

Models developed between 1970 and the early 2000s have quite accurately predicted temperatures on Earth’s surface. Other than checking that models adhere to the laws of physics and chemistry, how can researchers be sure that today’s models can accurately predict the future?

One way that models are tested or validated is by plugging in data from a start date many decades in the past to see if their forecasts (or hindcasts, in this case) match historical weather data. Models are also compared with each other to help researchers flag and study any important disagreements or variations.

How do climate models adapt to changes in greenhouse gas emissions?

Greenhouse gases emitted by human activities affect the climate. These emissions change in response to policies, economics, and sociological factors. To account for this variability, scientists run climate models with input that reflects different hypothetical emission scenarios, spanning a range of possible trajectories of the world’s economies and energy systems. The scenarios estimate emissions of greenhouse gases and smog-forming air pollution that people will generate in various areas on Earth. This approach helps identify the range of potential future climate conditions and better inform our decisions and preparations.

What does Caltech contribute to climate models?

For decades, Caltech scientists have characterized the atmospheres of planets and built our understanding of the physics and chemistry of clouds, air pollution, and airborne dust. That effort has intensified with the establishment of Caltech’s Ronald and Maxine Linde Center for Global Environmental Science. Caltech geoscientists and chemists team up with researchers who develop Earth-observing missions at JPL. Data from these missions improves humanity’s understanding of Earth’s systems.

Today, a new climate model is being developed by CliMA, a group of scientists, engineers, and mathematicians from Caltech, MIT, the Naval Postgraduate School, and JPL. This next-generation climate model integrates aspects of existing models with extensive data about Earth gathered by satellites and other instruments.

“I’m here because Caltech is a great place to collaborate with people. I can work with people from Caltech and also with experts who work on satellite observations at JPL. For a person who studies clouds it’s very important to have this access to people from different areas of science, from the measurement side and also the theoretical side, and the computational science side. Caltech is the best place for that.”