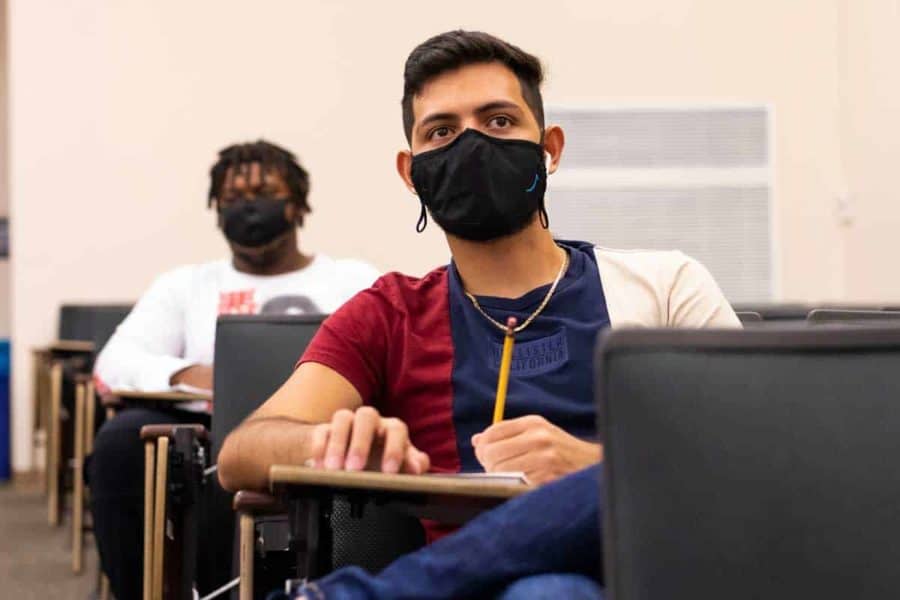 More than two years after the start of the pandemic, adults still have difficulty recognizing people when their face is obscured by a mask, found a new study out of York University.

Many people might have assumed their ability to recognize people’s faces despite their mask would improve over time, but not according to the latest research by scientists from York and Ben-Gurion University in Israel. The research, Recognition of masked faces in the era of the pandemic: No improvement, despite extensive, natural exposure, was published today in the journal Psychological Science.

Researchers found repeated exposure of masked faces throughout the pandemic has made zero difference in adults’ ability to recognize these half-hidden faces.

“Neither time nor experience with masked faces changed or improved the face mask effect,” says York University Assistant Professor Erez Freud of Faculty of Health, the study’s senior author. “This tells us that the adult brain doesn’t not seem to have the ability to change how it processes faces, even when presented with masked faces over an extended period of time.”

The ongoing pandemic provided an unprecedented opportunity for the researchers to examine the plasticity of the mature face processing system.

The researchers repeatedly tested more than 2,000 adults by show them a series of faces, upright and inverted, with and without masks. Different groups of adults were tested at six different points in time during the pandemic. In addition, the researchers tested the same group near the start of the pandemic and 12-months later. In both the cross-sectional and longitudinal studies, adults showed absolutely no increase in their ability to recognize masked faces.

Previous research showed that adults’ facial recognition abilities decreased by about 15 per cent when the person wore a mask using the Cambridge Face Memory Test (CFMT), which as considered as the standard to tap face recognition abilities. Face masks also interfere with how unmasked faces are processed – which is normally made in a holistic manner, rather than by the individual parts of the face. This new study not only used the CFMT, but also the Glasgow Face Match Test, an additional measure of face perception, to determine if anything changed since the last study.

“This shows that face processing in humans, at least in adults, is rigid even after prolonged real-life exposure to partially covered faces,” says Freud.

Face sensitivity first shows up in newborns who exhibit a preference for faces or things that look similar to a face, and especially to familiar faces. In contrast to the mature face processing system, repeated exposure to faces as a child plays an important role in refining the face processing system, which continues to develop until the end of puberty.