Eliminating or curtailing the mortgage interest deduction (MID) would initially result in declines in housing prices and investment but would have only modest aggregate macroeconomic effects in the long run, according to a new paper from Rice University’s Baker Institute for Public Policy.

The MID is the second-largest individual income tax expenditure, according to the congressional Joint Committee on Taxation. Given the severity of the fiscal problems currently faced by the U.S., many recent tax reform proposals have included measures that would curtail or eliminate the home MID. 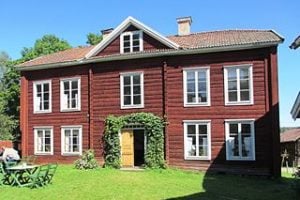 “The MID is, of course, an extremely popular and thus highly politically sensitive provision,” said John Diamond, the Edward A. and Hermena Hancock Kelly Fellow in Public Finance at the Baker Institute. “It was one of the few provisions that was deemed to be untouchable during the deliberations preceding enactment of the landmark Tax Reform Act of 1986, a highly successful effort at fundamental tax reform that is widely believed to be the most sweeping reform of the income tax since its enactment.” Diamond co-authored the paper with George Zodrow, the university’s Allyn R. and Gladys M. Cline Chair of Economics and a Baker Institute Rice Scholar.

The study uses a computer model developed by Diamond and Zodrow to simulate both the short-run and long-run dynamic aggregate macroeconomic effects of several tax reform plans that propose eliminating or curtailing the MID. The model is a dynamic, overlapping-generations, computable general equilibrium model of the U.S. economy.