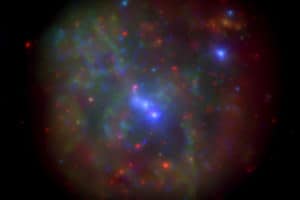 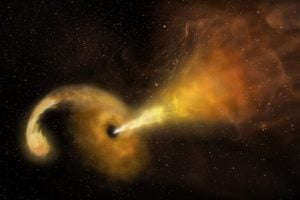 Most galaxies in the universe, including our own Milky Way, harbor super-massive black holes varying in mass from about one million to about 10 billion times the size of our sun. To find them, astronomers look for the enormous amount of radiation em…

A new study has uncovered more evidence that black holes form before the galaxies that contain them. The finding could help resolve a long-standing debate, says the study’s lead scientist. Marianne Vestergaard, a postdoctoral fellow in astronomy at Ohio State, came to this conclusion when she studied a collection of very energetic, active galaxies known as quasars as they appeared some 12 billion years ago, when the universe was only one billion years old. While the quasars were obviously young — they contained large stellar nurseries in which new stars were forming — each also contained a very massive, fully formed black hole.