Reading Alwyn Scott’s “Stairway to the Mind” I came across an interesting tidbit of information pointing out that human’s have a greater percentage of inhibitory neurons compared to other animals (human 75% rabbit 31%). For some unknown reason this made me think about the tricky construct of free will and the question of whether free will could be better measured not by what we chose to do, but by what we chose not to do. In other words, could free will be measured by a capacity to inhibit certain thoughts and behaviors. 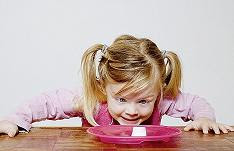 Upon further research I found Baer, Kaufman, and Baumeister’s book “Are We Free? Psychology and Free Will”. They also tossed around this question and came to an interesting conclusion. Here is a snippet from their work:

We have danced around the issue of whether conscious control is to be equated with free will; in fact, we suspect that at the most basic level, the answer is no…the ability to inhibit responses is powerful and one could reasonable make the argument that without it, free will would not be possible, because we would not be able to stop what some force (external or internal) seemed to impel us to do…If we do assume that free will can be directly observed in inhibition of behavior, then is free will measured by inhibition? The latter question is especially poignant with respect ot those people who show marked inhibition deficits, such as children, the elderly, and certain patient populations. If we agree with Libet (1999) and consider inhibition of an unconsciously determined action to be equivalent to free will, then these populations suffer from impaired free will…we see that this view is already implicitly, if not explicitly, accepted in many fields, as well as (to some degree) enshrined in common wisdom about behavior (Baer, Kaufman, & Baumeister 2008).

I reflect on Mischel, Shoda, and Rodriquez’s well known 1989 experiment investigating delayed gratification in children and wonder whether those who decided to wait for the larger reward were not only “smarter”, but had a greater capacity for free will as well. Can we associate intelligence with free will? What do you think?

Scott, A. (1995). Stairway to the Mind: The controversial new science of consciousness. New York: Springer-Verlag.