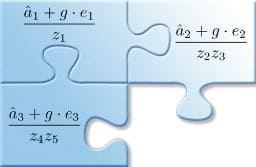 One of the greatest challenges associated with the growing numbers of aged adults is how to maintain a healthy aging mind. Taking up a new mental challenge such as digital photography or quilting may help maintain cognitive vitality, say researchers reporting in Restorative Neurology and Neuroscience.

Recent evidence suggests that engaging in enjoyable and enriching lifestyle activities may be associated with maintaining cognitive vitality. However, the underlying mechanism accounting for cognitive enhancement effects have been poorly understood.

Investigators at the University of Texas at Dallas proposed that only tasks that involved sustained mental effort and challenge would facilitate cognitive function. Senior author Denise Park and lead author Ian McDonough compared changes in brain activity in 39 older adults that resulted from the performance of high-challenge activities that required new learning and sustained mental effort compared to low-challenge activities that did not require active learning. All of the participants underwent a battery of cognitive tests and brain scans using functional magnetic resonance imaging (fMRI), an MRI technology that measures brain activity by detecting changes associated with blood flow.

Participants were randomly assigned to the high-challenge, low-challenge, or placebo groups. The high-challenge group spent at least 15 hours per week for 14 weeks learning progressively more difficult skills in digital photography, quilting, or a combination of both. The low-challenge group met for 15 hours per week to socialize and engage in activities related to subjects such as travel and cooking with no active learning component. The placebo group engaged in low-demand cognitive tasks such as listening to music, playing simple games, or watching classic movies. All participants were tested before and after the 14-week period and a subset was retested a year later.

The high-challenge group demonstrated better memory performance after the intervention, and an increased ability to modulate brain activity more efficiently to challenging judgments of word meaning in the medial frontal, lateral temporal, and parietal cortex regions of the brain. These are brain areas associated with attention and semantic processing. Some of this enhanced brain activity was maintained a year later. This increased neural efficiency in judging words was demonstrated by participants showing lowered brain activity when word judgments were easy and increasing activity when they became hard. This is a pattern of response typical of young adults. Before participating in the high-challenge intervention, the older adults were processing every item, both easy and hard, with maximum brain activity. After participation, they were able to modulate their brain activity to the demands of the task, thus showing a more efficient use of neural resources. This change in modulation was not observed in the low-challenge group.

The findings show that mentally demanding activities may be neuroprotective and an important element for maintaining a healthy brain into late adulthood.

“The present findings provide some of the first experimental evidence that mentally-challenging leisure activities can actually change brain function and that it is possible that such interventions can restore levels of brain activity to a more youth-like state. However, we would like to conduct much larger studies to determine the universality of this effect and understand who will benefit the most from such an intervention,” explained senior author Denise C. Park, PhD, of the Center for Vital Longevity, School of Behavioral and Brain Sciences, University of Texas at Dallas.

Ian McDonough, who is now an assistant professor of Psychology at the University of Alabama and was first author on the study, said: “The study clearly illustrates that the enhanced neural efficiency was a direct consequence of participation in a demanding learning environment. The findings superficially confirm the familiar adage regarding cognitive aging of ‘Use it or lose it.'”

Denise Park added, “Although there is much more to be learned, we are cautiously optimistic that age-related cognitive declines can be slowed or even partially restored if individuals are exposed to sustained, mentally challenging experiences.”