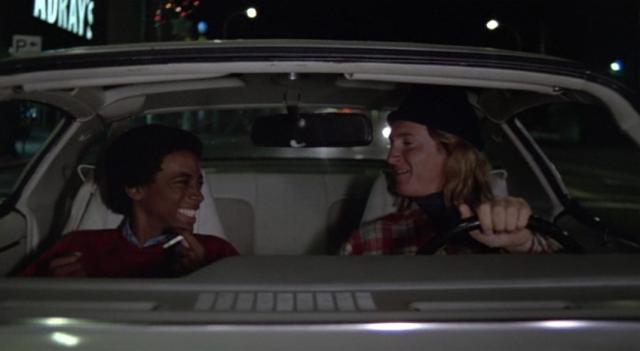 According to scientists, carbon monoxide (CO), a tasteless, colorless and odorless gas, is not only a danger to the environment but also highly toxic to human beings. Found in the exhaust of vehicles and generators, CO has been dubbed the “silent killer” because excessive inhalation is lethal, poisoning the nervous system and heart.

Now, in a surprising twist, Prof. Itzhak Schnell of Tel Aviv University’s Department of Geography and the Human Environment has discovered that low levels of the poisonous gas can have a narcotic effect that helps citydwellers cope with other harmful environmental factors of an urban environment, such as off-the-chart noise levels. This finding indicates that CO, in small doses, is a boon to the well-being of urbanites, better equipping them to deal with environmental stress.

The research has been published in the journal Environmental Monitoring and Assessment.

The discovery was made in the context of a wider project designed to study the impact of environmental stressors on the human body. Most environmental observation stations, explains Prof. Schnell, are located outside stressful city centers, where pollutants such as vehicular and human traffic are significantly decreased, resulting in distorted data.

Instead, Prof. Schnell and his fellow researchers wanted to measure how people living in an urban environment confronted stressors in their daily lives. They asked 36 healthy individuals between the ages of 20 to 40 to spend two days in Tel Aviv, Israel’s busiest city. The test subjects travelled various routes to sites such as busy streets, restaurants, malls and markets, by public and private transportation or by foot. Researchers monitored the impact of four different environmental stressors: thermal load (heat and cold), noise pollution, carbon monoxide levels, and social load (the impact of crowds).

Participants reported to what extent their experiences were stressful, and their input was corroborated with data taken from sensors that measured heart rate and pollutant levels. Noise pollution emerged as the most significant cause of stress.

The most surprising find of the study, says Prof. Schnell, was in looking at levels of CO that the participants inhaled during their time in the city. Not only were the levels much lower than the researchers predicted — approximately 1-15 parts per million every half hour — but the presence of the gas appeared to have a narcotic effect on the participants, counteracting the stress caused by noise and crowd density.

Turn down the volume

The results showed that living in a major city might not have as negative a health impact as the researchers were expecting. Though participants exhibited rising stress levels throughout the day, CO had a mitigating influence, and extended exposure to the chemical had no lasting effects.

The study’s next step is to investigate how environmental loads impact the more vulnerable segments of the population, such as infants, the elderly, and those with medical conditions such as asthma. “We would be able to tell more accurately under what conditions vulnerable people shouldn’t go out, and more importantly, identify areas that are still safe, helping to increase freedom of movement,” notes Prof. Schnell.

But for now, urban dwellers can all contribute to making their environment a less stressful one by turning down the noise, he suggests. The findings indicate that most of the noise in an urban landscape is generated by human activity, and if individuals made an effort to reduce the noise they were making, they could help to reduce the environmental load placed on their neighbors.

This research was carried out in cooperation with Dr. Oded Potchter and Yaron Yaakov from the Department of Geography and the Human Environment, Prof. Haggai Hermesh from the Sackler Faculty of Medicine, Prof. Yoram Epstein from the Heller Institute of Medical Research, and Dr. Shmuel Brenner from the Arava Institute for Environmental Studies.