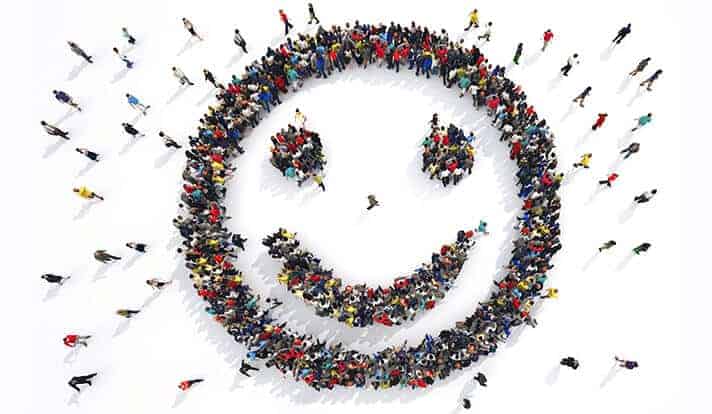 Life expectancy is strongly linked to a relatively new metric that assesses physical, emotional, and social health, according to a Yale-led study. Referred to as population well-being, the metric is an important indicator that researchers and policy makers can use to promote health and address disparities, said the authors.

The study was published Nov. 9 in the November issue of Health Affairs.

Life expectancy varies significantly across counties in the United States. These geographic variations — which can be as much as 18 years for men born in different counties — are partly explained by socioeconomic status and race. “As these health inequalities persist and worsen, there is a need to identify other factors that account for this variation and that could guide efforts to reduce disparities,” said Dr. Anita Arora, the study’s first author. To investigate additional factors, the Yale-led team studied the comprehensive concept of population well-being.

Population well-being considers traditional measures of health, including disease and health behaviors, as well as other factors, such as happiness, standard of living, work relationships, and access to housing. The authors focused on the collective well-being of individuals within counties.

As Dr. Carley Riley, a co-author and assistant professor at Cincinnati Children’s Hospital Medical Center, explained, “These findings demonstrate that well-being may be a useful indicator of a community’s health and longevity.” The Centers for Disease Control and Prevention already measure aspects of well-being with several survey instruments. “We need to encourage and expand these efforts to track well-being, which is an important population health outcome,” Riley said.

In their analysis, the researchers also found that the association between well-being and life expectancy was independent of poverty, race, and education. That finding points to well-being as a distinct aspect of health and a focus for intervention.

“Well-being captures factors like stress, access to health care, safety, and physical health,” noted Brita Roy, M.D., a co-author and assistant professor at Yale School of Medicine. “Aside from addressing poverty, perhaps we can reduce health disparities by targeting aspects of population well-being.”

The study was supported in part by the Robert Wood Johnson Foundation and the Yale Center for Clinical Investigation through a Clinical and Translational Science Award from the National Center for Advancing Translational Sciences, a component of the National Institutes of Health. Kell, Coberley, and Rula are shareholders in Healthways, the company that developed the well-being measure and provided the data.