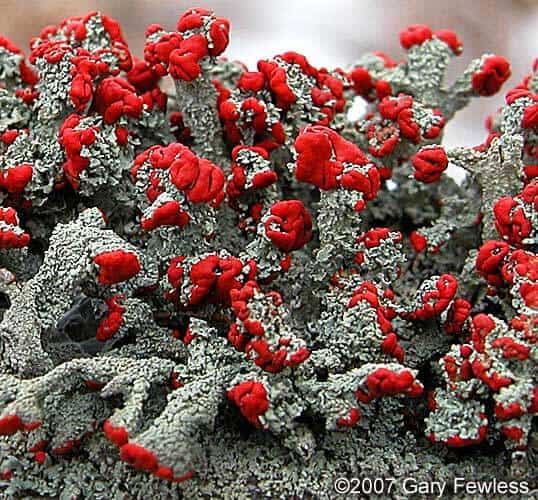 A red dye derived from lichens that has been used for centuries to color fabrics and food appears to reduce the abundance of small toxic protein aggregates in Alzheimer’s disease. The dye, a compound called orcein, and a related substance, called O4, bind preferentially to small amyloid aggregates that are considered to be toxic and cause neuronal dysfunction and memory impairment in Alzheimer’s disease. O4 binding to small aggregates promotes their conversion into large, mature plaques which researchers assume to be largely non-toxic for neuronal cells. Further research with animal models is needed to determine whether this new approach by Dr. Jan Bieschke (Max Delbrück Center for Molecular Medicine, MDC, Berlin-Buch), Dr. Martin Herbst (Charité — Universitätsmedizin Berlin) and Professor Erich Wanker (MDC) in Berlin, Germany, will be useful for therapy development (Nature Chemical Biology, doi: http://dx.doi.org/10.1038/NCHEMBIO.719)*.

Protein misfolding is considered to be the cause of Alzheimer’s, Parkinson’s and also Huntington’s disease. In a multistep process, proteins misfold and accumulate into large extra- or intracellular plaques. Researchers assume that small misfolded protein aggregates that are precursors of mature plaques are toxic for nerve cells and are the reason why they are eventually destroyed.

Dye from the Canary Islands

The dye orcein is isolated from lichens that grow on the Canary Islands, among other places. Lichens have been used for centuries to color fabrics and food. Eight years ago Professor Wanker screened hundreds of natural compounds to find potential candidate drug molecules for the treatment of neurodegenerative diseases. Among those substances he found orcein, a compound made up of about 14 small molecules. As these molecules might have different biological effects, the researchers in Berlin began to search for pure chemicals with similar properties. They identified the substance O4, a blue dye, which is structurally very similar to one of the 14 molecules. Moreover, they showed that O4 stimulates the formation of large, non-toxic protein plaques from small toxic protein assemblies.

A few years ago Professor Wanker and his colleagues discovered that EGCG (Epigallocatechin-3-gallate), a natural chemical compound found in green tea, renders toxic protein assemblies non-toxic. With orcein and O4 the researchers have now found another mechanism to eliminate small toxic protein aggregates. However, instead of remodeling protein plaques, the dyes reduce the abundance of small, toxic precursor protein assemblies by accelerating the formation of large plaques, as the researchers could now show in their laboratory.

“This is a new mechanism,” Professor Wanker explained. “Up to now it has been considered to be very difficult to stop the formation of small toxic protein assemblies. If our hypothesis is correct that the small aggregates, which are precursors of plaques, indeed cause neuronal death, with O4 we would have a new mechanism to attack the disease.”

However, it still remains to be seen whether the blue dye O4 can also be effective against small amounts of misfolded proteins in the brains of Alzheimer’s patients and whether the accelerated formation of larger plaques can indeed reduce the signs and symptoms of Alzheimer’s disease in humans. Further studies will be necessary to address the question whether the accelerated formation of large plaques can be a therapeutic approach. “We hope that our findings will stimulate research activities in this direction, especially in drug discovery,” Professor Wanker said.

in the Helmholtz Association